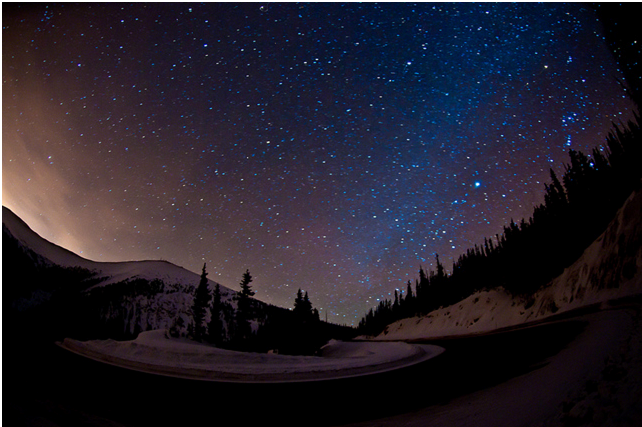 
Summer
burns away.
A single ash trembles
above clumps of black earth.
The land is silent.
The air is like glass.
Twigs scratch it.
Nothing is human. Beautiful. A small
silver rag, a tatter
hangs from a bush and stiffens.
Smiles and embraces get caught
in the tangled branches of the world.


Like gnarled, old hands, the mountains tremble, far away.
They get tired holding up the fires of sunset
and the silence that circles the valley
and the moss, catching its breath.


A field-hand walks home.
The earth drags every bone in his body down
and on his shoulder a cracked hoe walks with him.
The handle bleeds, the metal bleeds
and it’s as if he walks home out of existence.
His body heavy,
the tool heavier.


A bell tolls and steel-blue darkness
covers the earth like a flood,
and it’s as if the heart stopped
and something kept the pulse going
something other than death,
as if the winter night, the winter sky, the winter rock
is the bell
and the earth’s the tongue, the wrought-iron earth, swinging, heavy.
And the heart’s the sound.


Remember the sound?  The mind does.
Winter hammers and locks
the sky’s open hatch
that poured out fruit, wheat, light and the hay
all summer long.


Dark, silver silence
locks the moon to the world.


A crow flies across cold space.
The silence cools.  Do my bones hear it?
Molecules collide.


Is there anything in store windows
or museums that shines like this night?


A branch raises a dagger, attacks the frost
and a black sigh rises
in the desert.
A flock of crows sways in the fog.


A freight train, a small winter night
in the night, reaches the open country
and the teeming stars coil forever
and burn out in the smoke of the engine.


Winter light, like a mouse,
scurries across the roofs
of the freight cars, glazed with ice.


Winter steams
over the cities.
The yellow rays of the night
come in on flashing tracks
over blue frost.


Winter light sets up shop
in the city and forges
the knives that’ll run through you.


Lamplight pours
like muddy hay on the slums,
and on a corner
a coat shivers.


It’s a man.  He shrinks
like the earth but it doesn’t help.
Winter crushes his feet.


A rust-colored tree
leans out of the darkness,
and I look at the winter night
the way a man looks at something
that belongs to him.


Attila József s arguably the greatest Hungarian poet of of the 20th century. Bearing more than a passing resemblance to Kafka, József’s life was short, and it bordered on the nightmarish. He was born in 1905 into poverty so extreme that to call his childhood Dickensian would be to glamorize it. His father left the family when he was three, and his mother died when he was 14. He lived for two years with a foster family beginning at the age of 5.    He attempted suicide repeatedly (beginning before he was nine); and he finally succeeded in killing himself (under the most ghastly circumstances) when he was 32.


In his brief lifetime, József was politically intrigued without being politically committed in any recognizable sense, and he managed to drift in and out of Marxism while remaining a deeply committed radical. His verse is a jagged, almost hysterically intense amalgam of nature imagery, cosmology, and bitter, yearning love poetry, with a surrealist edge that lends a bitter humor—but will move few to laughter. Almost all of his poetry was written in one 13-year period, and it bears the marks of such compression: it puts one in mind, in its overheated extravagance, of the power of extruded molten steel taking shape under the most extraordinary pressure—at once destructive and yet fiercely creative, with a powerful erotic charge.


Winter Night is a precise and gently flowing composition . The poet has created a  cosmic poem that quietly invokes  the sounds of silence and touches of light on a  winter night.


Below is an alternate translation of the same poem that appears in the book "Winter Night : Selected poems of Attila Jozsef" " translated by John Batki

Summer’s flame
has blown out.
Above the broad charred lumps It covers
a fine light ash stirs and hovers.
A place of silence,
this air,
this fine crystal atmosphere
scraped only by a sharp twig or two.
A lovely people-lessness. Only a shred
of tinselly scrap—some ribbon or rag—
clings fiercely to a bush,
for all the smiles and hugs snagged
in this thornful world.

In the distance, knobby old hills stand
ponderous, like tired hands,
shifting at times to guard
the sunset’s flame,
the steaming farmhouse,
the vale’s round silence, the breathing moss.

A farm worker heads home, weighed down,
each heavy limb earthbound.
The cracked hoe on his shoulder rambles
along, shaft and blade a bloody shambles.
As if returning home, leaving life itself,
his body and tools both prove
heavier with each move.

Night flies up scattering stars,
like smoke from a chimney belching sparks.

This blue and iron night comes floating
on the stately waves of bells tolling.
Feels like my heart’s stopped, forever still,
and what throbs, with bated breath,
is perhaps the land itself, not death.
As if the winter night, winter sky, winter ore
created a bell,
its clapper the hammered earth, the swaying core—
and my heart sounding Its knell.

This muteness, this silvery dark
makes the moon the world’s padlock.

The raven flies, silence grows cool
across cold space. Bone, can you hear the silence?
Molecule clinks against molecule.

In what showcase shine lights
such as this winter night’s?

Frost sticks daggers in twiggy hands
and the wasteland’s
black sigh soughs—
drifting in fog, a flock of crows.

In this winter night a freight
train—itself a small winter night—
streaks out onto the plain.
Its smoke ready to extinguish,
in an armspan infinity,
the stars that revolve and languish.

On the frozen tops of boxcars
scurrying like a mouse, light flies,
the light of this winter night.

Above cities, up high
winter still steams up the sky.
But on the flashing track
blue frost brings racing back
the light of this jaundiced night.

In city workshops is where it’s made,
mass-produced pain’s cold steel blade,
by the light of this frigid night.

On the outskirts of town,
in streetlight like wet straw flung down,
off to the side
on the corner, a shivering coatful of woes:
a man, hunkered down like a pile of dirt,
but winter still steps on his toes ...

Where a rusty-leafed tree
leans out of the dark,
like an owner
his property,
I measure the winter night. 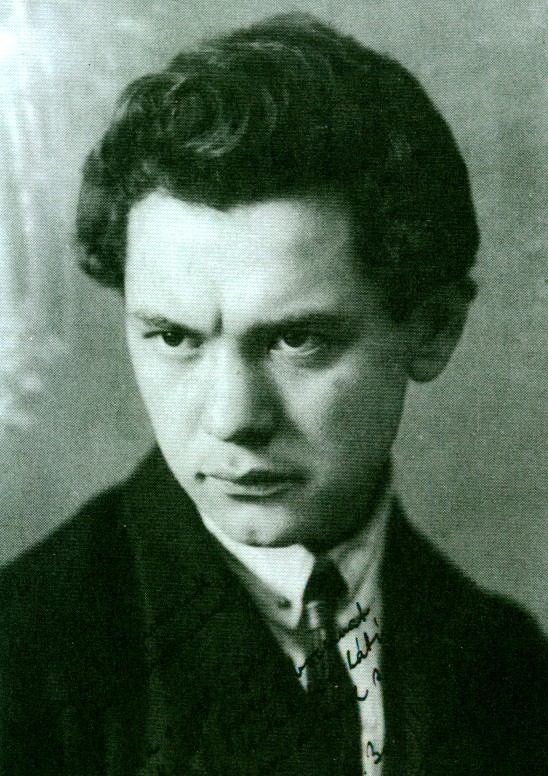