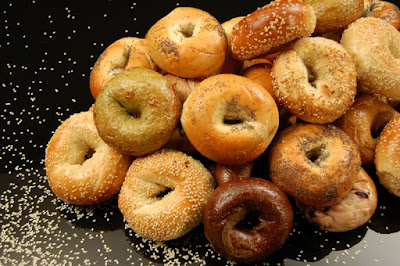 I stopped to pick up the bagel
rolling away in the wind,
annoyed with myself
for having dropped it
as if it were a portent.
Faster and faster it rolled,
with me running after it
bent low, gritting my teeth,
and I found myself doubled over
and rolling down the street
head over heels, one complete somersault
after another like a bagel
and strangely happy with myself.

David Ignatow, (born Feb. 7, 1914, Brooklyn, N.Y., U.S.—died Nov. 17, 1997, East Hampton, N.Y.) was an  American poet whose works address social as well as personal issues in meditative, vernacular free verse. Ignatow worked for a time as a journalist with the WPA Federal Writers’ Project. His first book of poetry, entitled Poems (1948), was followed by The Gentle Weight Lifter (1955). Many of the pieces in the latter collection, as well as many in Say Pardon (1961) and Figures of the Human (1964), are written in the form of parables. From the 1960s Ignatow taught poetry at several American colleges. For over half a century, David Ignatow crafted spare, plain, haunting poetry pf working life, urban images, and dark humor. The poetic heir of Whitman and William Carlos Williams, Ignatow is characteristically concerned with human mortality and human alienation in the world: the world as it is, defined by suffering and despair, yet at crucial times redeemed by cosmic vision and shared lives.
Very often in your life, you are  so stiff and stressed out that you forget the essential that you were once a child. When was the last time you did something unabashedly silly? When did you run down the street, skipping, or scream on a roller coaster, climbed a tree and jumped down with puerile joy, or trip and fall in a public place? Most of the time we're buttoned up, trying to do everything we can to remain poised, but this poem removes us from all the formality a bit and reminds us of those rare moments when you realize you're in the midst of a potentially embarrassing moment but choose to laugh instead of burrow away. “And strangely happily with myself” is the way Ignatow ends the poem to change the meaning of the whole poem. Unwind and have fun with yourself. 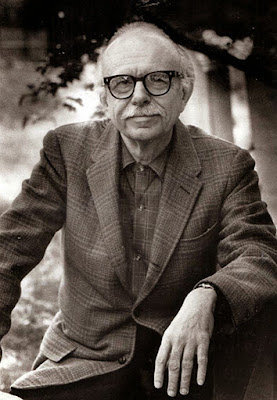 Bar Mitzvah for My Son 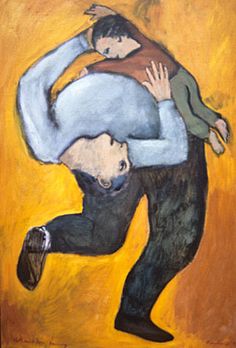 My son, in whose face there is already a sign
of eagle—
like a daring prefix to your life.
let me kiss you once again while you still love it,
softly, like this.
Before you become a hairy Esau of open fields
be for a little while
soft-skinned Jacob for my hands.

Your brain is well packed in your skull,
efficiently folded for life. Had it stayed
spread out you might have been happier,
a large sheet of happiness without memory.

I’m on my way from believing in God
and you’re on your way toward it: This too
is a meeting point of a father and a son.

It’s evening now. The earthball is cooling,
clouds that have never lain with a woman
pass overhead in the sky, the desert
starts breathing into our ears,
and all the generations
squeeze a bar mitzvah for you.

This poem by Yehuda Amichai, the greatest Israeli poet of last century, is apt for Father's day

The poem  fuses best the passionate tenderness and warmth between a father and son. Though the poem may have been written addressed to a son of age 12 or 13, I find its affection more appropriate than age. After all , our children never grow old for us. It’s a bar-mitzvah poem, a blessing (Bar mitzvah is Jewish rite of confirmation for a boy). Amichai begs to kiss his son once more, “while you still love it,” while the boy is still a soft-skinned Jacob and before he becomes “a hairy Esau of open fields.” (Esau and Jacob were sons of Isaac as per the book of genesis. The elder Esau was of hairy features and was a hunter, a man of fields. Amichai’s poems are always full of religious allusions).

The folded brain in the second stanza refers to the convolutions of the human brain, which are part of the cortex, the outer part that enables the higher functions. The folding is what lets us have such a large surface area packed into our heads. A simpler creature's brain isn't so deeply folded; it's more like a sheet. So the poet is suggesting that the same brain that enables our intelligence and consciousness also gives us the ability to be unhappy.

In the final verse, the most beautiful in this poem, he offers his formal blessing, which turns into a universal one: evening falls, and the land is cooling, and “clouds that have never lain with a woman / pass overhead in the sky”; the desert is breathing, “and all the generations / squeeze a bar mitzvah for you.” Lucky son! So many of Amichai’s qualities gather here: passionate tenderness and earnest warmth, sweet possessiveness—the eros of fatherhood—and that delicious, playful metaphorical reach, those clouds that have never lain with a woman. What would those clouds look like? The metaphor can’t be a visual similitude (although white, gauzy clouds could look somehow more virginal than heavy ones pregnant with rain). The metaphor—as similitude—almost “fails,” but it is blazingly successful in the context of the poem’s address to a young man who has not yet “lain with a woman.” And, of course, the diction gently picks up the Biblical thread of the reference to Jacob and Esau, a story that begins with a father’s blessing. 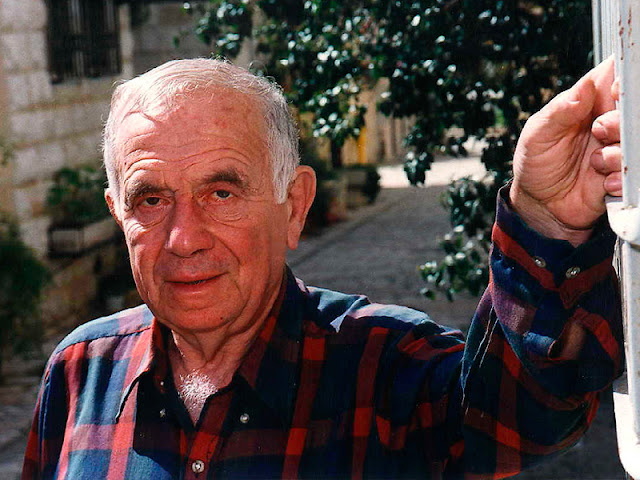