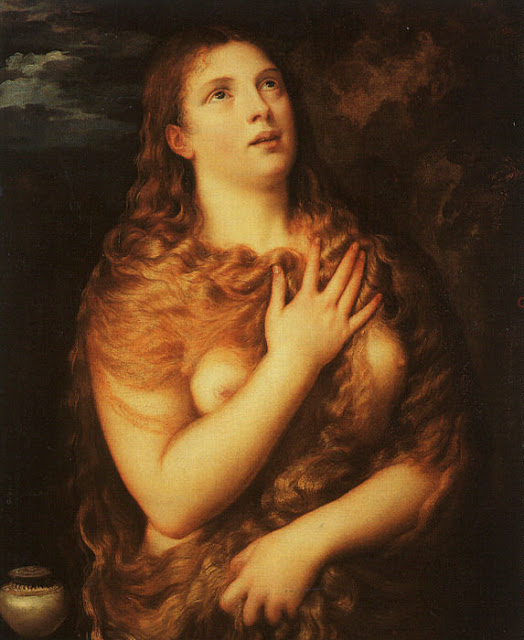 Oh, no! How could God let the bud of my breasts go dry
when He Himself so swelled my girth?
I feel my breasts growing,
rising like water in a wide pool, noiselessly.
And their great sponginess casts a shadow
like a promise across my belly .
Who in all the valley could be poorer than I
if my breasts never grew moist.
Like those jars that women put out to catch the dew of night,
I place my breasts before God.
I give Him a new name,
I call Him the Filler,
and I beg of Him the abundant liquid of life.
Thirstily looking for it, will come
my son.

The Chilean poet Gabriela Mistral(1889–1957) occupies a unique place in literary history as the first Latin American Writer to be awarded the Nobel Prize for Literature(1945).

A schoolteacher whose poetry catapulted her to early fame in her native Chile and an international diplomat whose boundary-defying sexuality still challenges scholars, she is one of the most important and enigmatic figures in Latin American literature of the last century.

Famous and beloved during her lifetime all over Latin America and in Europe, Mistral has never been known much in North America as she deserves to be. The reputation of her more flamboyant and accessible friend and countryman Pablo Neruda overshadowed hers, and she was often officially sentimentalized into a "poetess" of children and motherhood. Translations, and even selections of her work in Spanish, have tended to underplay the darkness, the strangeness, and the raging intensity of her poems of grief and pain, the yearning power of her evocations of the Chilean landscape, the stark music of her Round Dances, the visionary splendor of her Hymns of America.

Born Lucila Godoy Alcayaga in the Elqui valley in the 'little north' of Chile, she became a schoolteacher at the age of fifteen and went on to become an educator of international renown, an architect of educational reform in Mexico, and a cultural administrator at the League of Nations. She began publishing prose and verse pieces in newspapers and reviews at about the same age. Four major collections of her poems were published in her lifetime: Desolacion (Desolation) in 1922, Ternura (Tenderness) in 1924, Tala (Felling) in 1938, and Lagar (Wine Press) in 1954, followed by Poema de Chile published after her death.

The landscape and people of her native Chile are a constant theme in her work, even though she lived most of her adult life away from Chile, largely as a consul - unpaid for many years - in Europe, Brazil, and the U.S.A., where she died. Her great love of children, who were the main preoccupation of her life and whom she both understood and respected; motherhood, and her lack of it; loss of people she loved; religious faith, tested and at times unorthodox, are other abiding themes. Her language is direct, passionate, rooted in local usage. The whole of her work, in prose as well as in verse, is a reflection of the absolute integrity of her life.

The intense desire for motherhood has perhaps been never expressed more divinely than in this poem. The poem is notable for what could almost be called a lyrical ”physiology of faith,” and Gabriela Mistral’s intensely sensual religious style is reminiscent of poems such as "Dark Night" of the 16th-century mystic poet St. John of the Cross.  Mistral’s insistence that the body plays a crucial role in the fullness of Christian life is clearly evoked in this prayer.

The intelligence and passion of Le Guin's translation  allow us to hear the originality, power, purity, and intransigence of this great American voice. 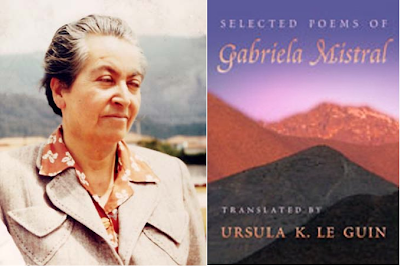