THE POWER OF TASTE 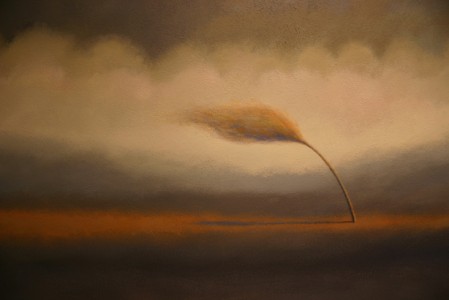 Translated by John and Bogdana Carpenter 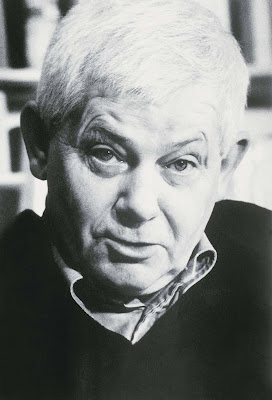 One of the greatest Polish poets of last century,  Zbigniew Herbert was born in 1924 in Lvov, which was then in eastern Poland and is now a part of the Ukraine. He studied a wide variety of subjects--language and literature, painting, economics, law and philosophy in Lvov, Cracow, Torun and Warsaw. During the 1950s he worked at many poor paying jobs because he refused to write within the framework of official Communist guidelines. He developed an underground reputation during those years and, through translations, gained a reputation in western Europe and the United States. He traveled widely after the 1950s in Europe and the United States, where he also taught. Herbert died in Warsaw in 1998.

The quiet but determined insubordination that marked his public life is echoed in his poetry, which is lucid, low-pitched and saturated with irony.As Zagajewski says, "In him we see two central intellectual problems- participation and distance". A typical Herbert poem uses spare diction and a meticulously orchestrated syntax to investigate ethics as much as aesthetics — indeed, a Herbert poem often points out the blurred border between these two categories.  The above splendid poem “The Power of Taste” is such an  example. His attitude about his position in Poland before the fall of Communism is expressed well in this poem.

Why did Herbert not succumb to communism's high-minded ideal of equality like so many 20th-century intellectuals, like Miosz, like Aragon, like Picasso, like Sartre? Was it because he saw through the ills of the system at an early age? It is more probable that communism offended his taste. It was vulgar. And his taste was snobbish and "rightly" so, as he records in "The Power of Taste. It offers a surprisingly simple explanation of  Herbert’s own steadfastness during the years of Stalinism.

As Cynthia Haven mentions in an essay on the poet- “Simone Weil said, "An essential feature of the first half of the twentieth century consists in the weakening and near disappearance of the notion of value." It was no different in the second half of the century, nor does this "essential feature" seem likely to reverse itself anytime soon. It was a matter that preoccupied Herbert as well as Weil. It weighed on Miłosz, too, who often spoke of the need to "hold on to values that [are] a reflection of the eternal order of things," and, elsewhere, "behind the interplay of phenomena there is a meaningful world structure to which our hearts and minds are allied. Everything, however, conspires to destroy that supposition, as if it were a remnant of our faith in the miraculous.

So first among these metaphysical perils is vigilance towards those forces that would strip meaning from people, lives, and events like paint from a chair. In part, such forces are reality's self-defense against a metaphysical alternative that would negate it. Their weapon of choice: to blur colors and distinctions, and dull the sharp edges of a metaphysical existence to match a noncommital grayness. It ratifies man's sense of helplessness, encouraging him to deny his own dignity, to see his aspirations as risible and his heroism absurd; it praises the mediocre and censures the excellent. For the alternative insists some things are better than others, that choice exists, and that value is established and asserted by our choices notion Herbert asserts defiantly in "The Power of Taste." (Socialist realism is only one form of attack; Herbert's California poems unmask others— the modus might be different, but the operandi is the same).”

Herbert's  ethics , as well as his poetic philosophy in general , is based on irresolvable contradiction, an irremovable paradox. On the one hand, it is only the upright attitude, the refusal to participate in self-captivation, lies and treason,  that can save human dignity; if we accept this assumption, we must not consider such an attitude folly but the only way out and, in a sense, rational behaviour. On the other hand there is absolutely no guarantee that such an attitude will bring any "actual" result; on the contrary , it is more likely, and indeed quite certain in most cases, that an upright attitude makes decapitation easier. Such is the meaning of the last lines of the poem.(2)
"Yes taste
that commands us to get out to make a wry face draw out a sneer
even if for this the precious capital of the body the head
must fall”

The conclusion of  ‘Power of taste’ is thus sober and bitter.The poet  openly promises nothing and boldly blurts out that  defeat is more probable than victory. If any notion of hope appears in his poetry, it is hope without guarantee. No philosophy, no religion, no ideology is going to assure us paradise on this earth.


In a world in which reality become relative, various philosophers offer value systems that can withstand change . One way is to find one's own 'Irony Tower' , a cognitive distance from events in the real world. This attitude, also called internal exile, however suggest staying, more or less passively , outside the stream of history.

Another way  was  mentioned by Solzhenitsyn in his Nobel lecture where he quotes from Dostoevsky's  'Idiot': 'beauty will save the world'...He then continues:' In the struggle with lies art has always triumphed and shall always triumph! Visibly, irrefutably for all! Lies can prevail against much in this world, but never against art'.(1)

The same motive can be found in the 'The Power of Taste'  where the importance is attributed to the ability to make aesthetic judgments. Communism, says Herbert, has not produced any beauty and so it could not be perceived as attractive by those who are led by the power of  taste.

The communist rhetoric, says Herbert consisted of 'chains of tautologies', used 'dialects of slaughterers ' and had 'syntax deprived of beauty of the subjective' . The study of beauty must not be neglected, concludes the poet, as it has the power of taste that tells us 'to proudly choose exile'.

“The Power of Taste” is dedicated to Professor Izydora Dambska, a philosopher of neopositivist orientation, a woman of admirable courage, and one of the rather few incorruptible Polish scholars. The dedication complicates the task of the reader a little:
this poem praises art but is an intellectual present for a scholar, not an artist.

Nonetheless it is a praise of art. We hear about taste but we should, I think, put the word “art” in its place. Herbert’s poem can be understood either as a nonchalant dismissal of the Communist totalitarian state, or, more interestingly, as a mini-treatise on the power of art, on art as a spiritual armor. In other words, this poem is either telling us about the  whim of an aesthete who frivolously decided to pooh-pooh the call of a “progressive” political movement or about the incommensurable force of art facing dictatorship. Of course it is the latter. It is a hymn to moral wisdom hidden in art; beauty, addressed by the speaker of the poem, is not the superficial beauty of “Marie Claire” but beauty of the most serious and complex kind. “So aesthetics can be helpful in life/one should not neglect the study of beauty,” says Herbert. And if so, then the dedication to the philosopher could be seen as an ambivalent gesture, as a tribute to her adamant stand but also as an almost ironic hint that amounts to saying, “I admire your moral force, but my force springs from art, not philosophy.”
The poem has  an indefinable charm and the second stanza illustrate Herbert's mastery in mixing tragic comic tones, the fact that utmost gravity in no way excludes joking and irony. 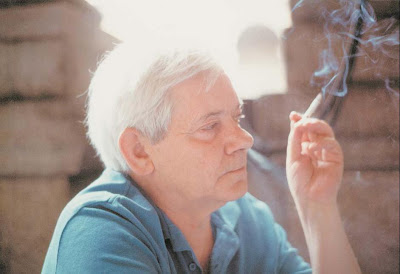