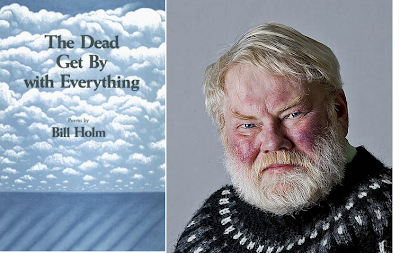 In this language, no industrial revolution;
no pasteurized milk; no oxygen, no telephone;
only sheep, fish, horses, water falling.
The middle class can hardly speak it.

In this language, no flush toilet; you stumble
through dark and rain with a handful of rags.
The door groans; the old smell comes
up from under the earth to meet you.

But this language believes in ghosts;
chairs rock by themselves under the lamp; horses
neigh inside an empty gully, nothing
at the bottom but moonlight and black rocks.

The woman with marble hands whispers
this language to you in your sleep; faces
come to the window and sing rhymes; old ladies
wind long hair, hum, tat, fold jam inside pancakes.

In this language, you can't chit-chat
holding a highball in your hand, can't
even be polite. Once the sentence starts its course,
all your grief and failure come clear at last.

Old inflections move from case to case,
gender to gender, softening consonants, darkening
vowels, till they sound like the sea moving
icebergs back and forth in its mouth.

When Jona at sixty traveled
to her father's farm in Iceland,
the relatives looked down
at bony knuckles, veins
popping up , said: "See!
She has the Josephson hands
even after a hundred years."

Nobody in Bill Holm's house
dared attack Franklin Roosevelt;
when the Republican uncle poked
fun at F.D.R, my father would bellow:
"You crooked son of a bitch!"
"See", they said, "there it is:
that insufferable Gislason arrogance."

Now, when I bellow at parties,
or look down at my own hands;
knuckles growing, veins
rising as I age, I think:
I'will be living with all
these dead people inside me.
How will I ever feed them?
They taught me, dragging carcasses
a thousand winters across
the tundra inside their own bodies.

Bill Holm was an American poet, essayist, memoirist, and musician.

Holm was born on a farm north of Minneota, Minnesota, the grandson of Icelandic immigrants. He attended Gustavus Adolphus College in Saint Peter, Minnesota where he graduated in 1965. Later, he attended the University of Kansas. Holm won a Fulbright and went to Iceland for a year, which stretched into longer. He continued to visit Iceland so regularly that his friends there helped him find a house in Hofsós. His last book, "The Windows of Brimnes," is about his time in Iceland.

He was Professor Emeritus of English at Southwest Minnesota State University, where he taught classes on poetry and literature until his retirement in 2007. Though Minneota was his home, Holm had traveled the world, teaching English in China, spending summers in Iceland and late winters in Arizona, and visiting Europe and Madagascar.
As a rural Minnesotan with Icelandic roots and a passion for music, Holm energizes conventional free verse with a variety of subjects ranging from Midwestern American politics to Bach's Goldberg Variations. The result is a book of eccentricity, charm, and, occasionally, great beauty.

His poetry collection , "The Dead get by with  everything" include many  moving prose poems such as , "Brahms' Capriccio in C Major, Opus 76, No. 8"; and "Piano": "the hand moving in these sensual ways,/as if black dots and lines on paper/ were directions to make love, notes attached/ to little hammers in the blood for him to strike." "Learning Icelandic," captures in eight brief lines the dizzy dislocation of being cast aloft in a language not one's own.

In the poem "Genealogy," Holm remembers characteristics of dead family members and sees traces of them in himself; it's like "living with all / these dead people inside me," he writes." Icelandic Language" shows the identity of Icelandic language, culture and its myth in crystal clarity.

Looking back at the real and imagined lives of his Icelandic forebears, Holm was both wistfully appreciative and mournfully sad, reminiscing about the unusual sounds of their language and bemoaning the effacement of their culture in America. He wrote poems in a hardy, unpretentious style that is more empirical than introspective. 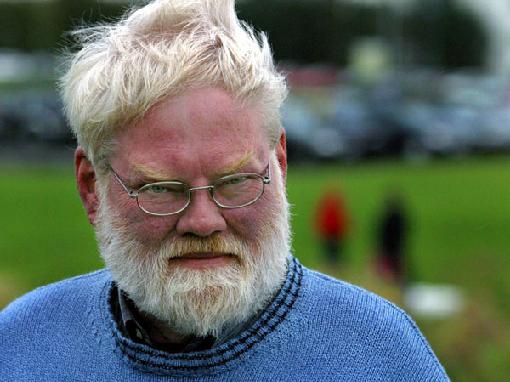