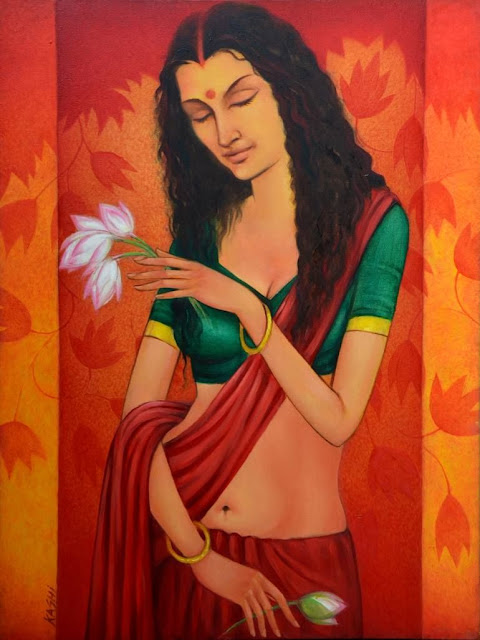 No More Clichés
By Octavio Paz
(Nobel Laureate, Former Mexican Ambassador to India. and one of the greatest poets of 20th Century)
Beautiful face
That like a daisy opens its petals to the sun
So do you
Open your face to me as I turn the page.

Enchanting smile
Any man would be under your spell,
Oh, beauty of a magazine.

How many poems have been written to you?
How many Dantes have written to you, Beatrice?
To your obsessive illusion
To you manufacture fantasy.

But today I won't make one more Cliché
And write this poem to you.
No, no more clichés.

This poem is dedicated to those women
Whose beauty is in their charm,
In their intelligence,
In their character,
Not on their fabricated looks.

This poem is to you women,
That like a Shahrazade wake up
Everyday with a new story to tell,
A story that sings for change
That hopes for battles:
Battles for the love of the united flesh
Battles for passions aroused by a new day
Battle for the neglected rights
Or just battles to survive one more night.

Yes, to you women in a world of pain
To you, bright star in this ever-spending universe
To you, fighter of a thousand-and-one fights
To you, friend of my heart.
The speaker here (may be a bachelor) makes a contrast between womanly beauty as defined by the images found in magazines (a species of beauty to which Dante and his "successors" [the "many Dantes"] across the centuries have too often alluded and emphasized and the beauty defined by charm, intelligence, and character: not on "fabricated looks"). Beatrice's beauty is a passive beauty to be idealized, gawked at, and, in our own glamorized world, unfortunately emulated.
Shahrazade's beauty is surpassed by her skill as a storyteller—her charm, her intelligence, and her character (all implied through the allusion to Shahrazade as storyteller in Arabian Nights). Women should not be valued as objects of beauty, as is too often promoted in our culture's magazines. Women should be recognized as "fighter of a thousand-and-one fights" (pun referring to Arabian Nights), especially women "who are friend[s] of the heart"—not of the eye.
Happy Women's day to all  the women who more blessed with their inner beauty than outer. 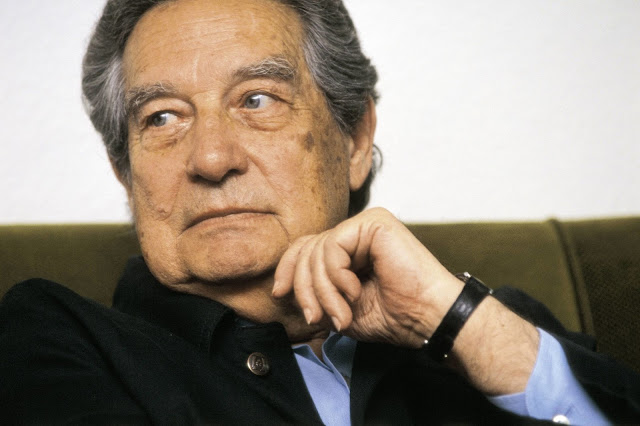 Song of a common Lover 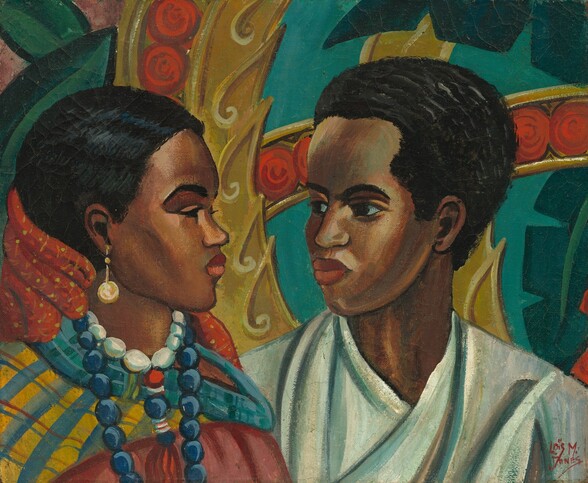 Song of a Common Lover

by  Flavien Ranaivo of Madagascar

Don’t love me, my dear,
like your shadow
for shadows fade at evening
and I want to keep you
right up to cockcrow;
nor like pepper
which makes the belly hot
for then I couldn't take you
when I’m hungry;
nor like a pillow
for we’d be together in the hours of sleep
but scarcely meet by day;
nor like rice
for once swallowed you think no more of it;
nor like soft speeches
for they quickly vanish;
nor like honey
sweet indeed but too common.
Love me like a beautiful dream,
your life in the night,
my hope in the day;
like a piece of money,
ever with me on earth,
and for the great journey
a faithful comrade;
like a calabash:
intact, for drawing water;
in pieces, bridges for my guitar.

Flavien Ranaivo was born in 1914 in Arivonimamo, Madagascar, and died in 1999 in Troyes, France. A love poet, he repaid his debt to the exquisite traditional Hain-teny sung poetry of Malagasy with some of the most innovative poems in African literature. He was deeply rooted in the earth and folklore of Madagascar. For a period he was minister of information in the government.

Madagascar, Africa’s largest island, owes its genesis to an old traditional form of courtship poetry that has flourished over centuries. Hain-teny, the “formal” Malagasy classical dialogue love poetry, animates and fertilizes the love poems of such prominent Negritude poets ike Flavien Ranaivo, who consciously experimented with these oral poetic forms as a base for modern poetry.

As the saying goes, Love is the ultimate no-calorie sweetener 😊. Happy Valentine’s Day to all those who are in love and wish to fall in love too. 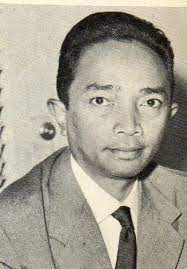 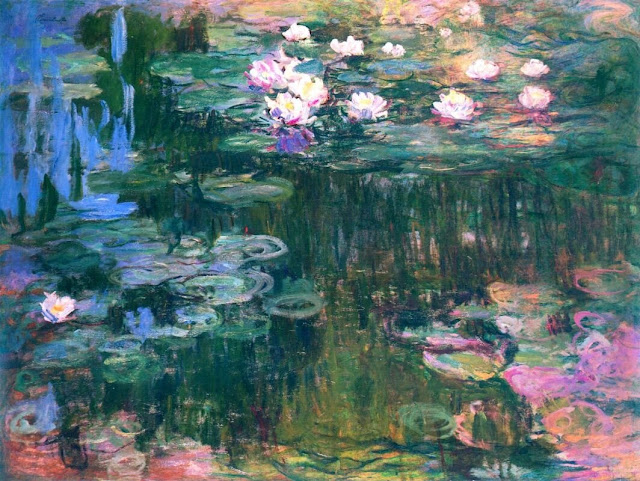 The wind cradled and swayed the pallid haze

Of waterlilies in the reeds beyond,

Glistening, sad and tranquil, on the pond.

And I, alone, roamed with my agonies,

Wandered the shore among the willow trees,

Where milk-white mist hung vaguely in the air,

And weeping with the voice of seabirds’ sputter,

Calling each other nestward, wings aflutter

Among the willow trees, where I, alone,

Roamed with my agonies; the shadows, sewn

Into a shroud, drowned deep the sunset’s rays,

Splendorous, sinking in the billows’ haze;

And waterlilies in the reeds beyond…

One of the most purely lyrical of French poets, Verlaine was an initiator of modern word-music and marks a transition between the Romantic poets and the Symbolists. His best poetry broke with the sonorous rhetoric of most of his predecessors and showed that the French language, everyday clichés included, could communicate new shades of human feeling by suggestion and tremulous vagueness that capture the reader by disarming his intellect; words could be used merely for their sound to make a subtler music, an incantatory spell more potent than their everyday meaning. Explicit intellectual or philosophical content is absent from his best work

The title might suggest lovers walking side by side, but in fact there is only one speaker in this poem, remembering landscape with the kind of vividness that is only accessible to strong emotion, making it a kind of dreamscape too , the speaker says— "Me, I wandered alone"—but the romantic posture of isolation is undone by the strangeness of the landscape through which the speaker travels, and by the compulsiveness with which the speaker notices things. The voice keeps circling back to certain details—the rays of the setting sun, the huge pale water lilies, the calm water, the willows, the fact of wandering alone, the wound that is, presumably, a spiritual or emotional wound, rather than an actual one— and they are ingeniously incorporated into the rhyme scheme. But new details also accumulate, to develop a mood that is both beautiful and stifling.

The poem has a hypnotic sonic effect on the reader. Must be very musical in the original. 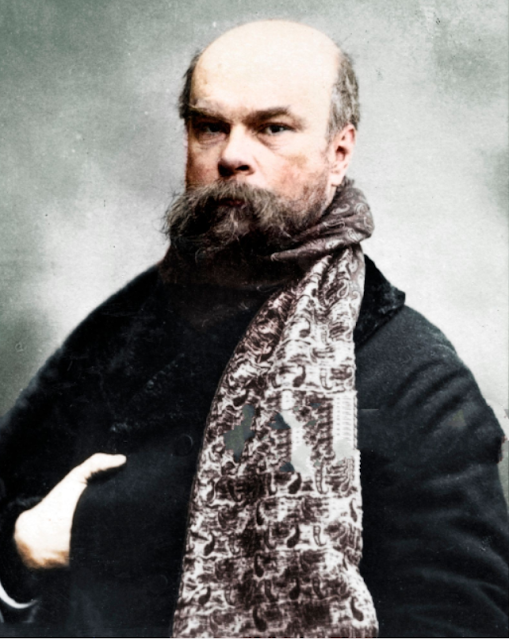 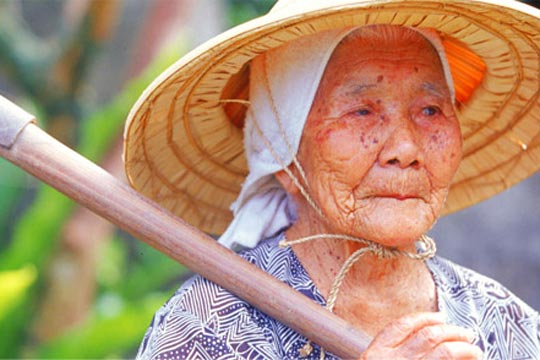 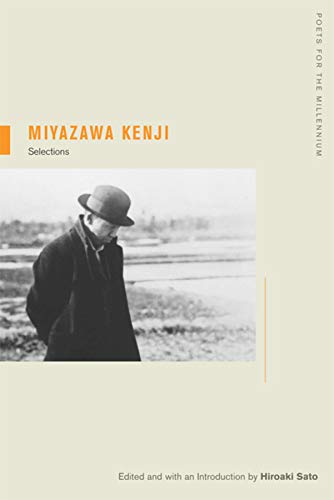