The House Was Quiet And The World Was Calm The house was quiet and the world was calm.
The reader became the book; and summer night

Was like the conscious being of the book.
The house was quiet and the world was calm.

The words were spoken as if there was no book,
Except that the reader leaned above the page,

Wanted to lean, wanted much to be
The scholar to whom his book is true, to whom

The summer night is like a perfection of thought.
The house was quiet because it had to be.

And the world was calm. The truth in a calm world,
In which there is no other meaning, itself

Is calm, itself is summer and night, itself
Is the reader leaning late and reading there.
Wallace Stevens is one of America's most respected poets. He was a master stylist, employing an extraordinary vocabulary and a rigorous precision in crafting his poems. But he was also a philosopher of aesthetics, vigorously exploring the notion of poetry as the supreme fusion of the creative imagination and objective reality. Because of the extreme technical and thematic complexity of his work, Stevens was sometimes considered a willfully difficult poet. But he was also acknowledged as an eminent abstractionist and a provocative thinker, and that reputation has continued since his death. Noted literary critic Harold Bloom, whose writings on Stevens include the imposing Wallace Stevens: The Poems of Our Climate, called him "the best and most representative American poet of our time."

The above poem has a spiritual poise. Here is a wonderful discussion and analysis on this poem by Edward Hirsch

“ Stevens’s poem is so fulfilling because it enacts the texture and feeling of the experience of reading late into the night. It is not a report but a dramatic realization in the form of a meditative lyric, a poem that moves on the wings of eight stately two-line stanzas. At one moment, for example, the words seem to come to the fictive reader unmediated by the printed letters on the page, by the actual physical object of the book itself (“the words were spoken as if there was no book”), and he merges with his chosen text (“the reader became the book”). At another moment, however, he feels himself distanced and hovering over the very same book (“the reader leaned above the page”). Reading is re-created here as a physical activity as well as a mental action. An act of attention. A quest. The fulfillment of a desire.

“The house was quiet and the world was calm” is a poem of spiritual attainment that locates and focuses the transaction between  the reader, the book, the house, the night, and the world. The poem establishes a correspondence between the inner realm of the house and the outer one of the cosmos. It’s as if the quietness of the dwelling rhymes with the calmness of the universe on a summer night. The proposition is twofold: the house was quiet and the world was calm. Daily life, the daylight world itself, is suppressed. The poem takes place at night in order to establish a scene of autonomous solitude. No one else seems to be stirring nearby. The world sleeps, and the reader is alone with his book. So, too, this must be a summer night because summer is the season of plenitude and fulfillment. The reader in Stevens’s poem is a poetic quester, a pilgrim in search of a vivid transparence. He wants to transform himself into “the scholar to whom his book is true.” That desire in turn leads to an even greater one, since this scholar wants to be the one “to whom / The summer night is like a perfection of thought.” He seeks an utter realization of mind and, indeed, the phrase “a perfection of thought” puts one in the range, in the unlimited mental space—the cosmos—of the divine.

So, too, the unnamed book that the reader studies becomes the emblem of his spiritual meditation. It’s as if through the contemplative act—the act of the mind in the process of finding what will suffice—the scholar and the book merge with the night in order to become the form of its true substantiation. The silence itself—of the house, of the mind—makes possible “the access of perfection to the page.” There is a kind of poetic crossing here. Reading itself becomes a mystic activity as the poem enacts its own ultimately satisfying transport to summer.

“The House Was Quiet and the World Was Calm” gives us access through a third-person center of consciousness to a reader’s mind in a state of complete receptivity. It moves into a part of the mind that often seems unavailable to us, that is not antagonized. It dramatizes and re-creates that consciousness and thus provides us with the deepest form of mental nourishment. This is a poem of the spirit because it triggers a vital principle within the poem, which is part of its meaning. One might even speculate that the poem itself is only fully realized when the reader of Wallace Stevens’s poem becomes exactly like the reader within his poem, finding an access to wholeness or perfection, leaning late and reading there.”

Ref: How to read a Poem by Edward Hirsch 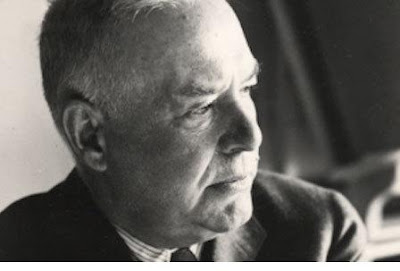 Labels: pgr nair, The house was quiet and the world was calm, Wallace Stevens