To live I don't want 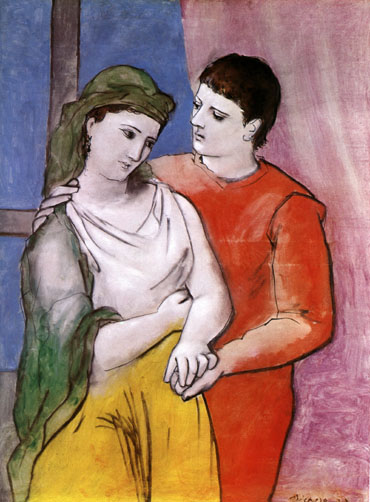 To live I don't want
islands, palaces, towers.
What steeper joy
Than living in pronouns!

Take off your clothing,
features, pictures;
I don't want you like that,
masked as another,
always a daughter of something.
I want you pure, free,
irreducible: you.
I know when I call you
among all people
in the world,
only you will be you.
And when you ask me
who is calling you,
who waits you his,
I will bury nouns,
labels, history.
I will tear apart
all they threw on me
before I was born.
And finally back in the eternal
anonymity of nakedness,
of stone of the world,
I will tell you:
"I love you, yes, I am the one."

Pedro Salinas (1891–1951) was a major Spanish  poet, scholar, and literary critic who taught extensively in Europe and the United States. He is the author of nine books of poems, as well as a novel, short stories, plays, essays, and criticism. In fact few modern poets have so discerningly employed the external data of our experience as transformed through the emotions and imagination. For Salinas, "Telegraph wires carry kisses". He is by turns playful, ironic, sentimental, and despairing , leading us through love's sense of amazement.

When Pedro Salinas’s 1933 collection of love poems, My Voice Because of You, was introduced to American audiences in Willis Barnstone’s 1975 English translation, it was widely regarded as the greatest sequence of love poems written by a man or a woman, in any language, in the twentieth century. Now, seventy-five years after its publication, the reputation of the poems and its multifaceted writer remains untarnished.

The poet's search for a "Transreality" or "Transworld" (a kind of "world behind the world" that he calls transmudo) is a subject frequently discussed pertaining to poetry of Pedro Salinas. May be it refers to his capacity to extract from the things of the world another possible intimate reality, invisible (or unreal) to the common sense , but clear and very true to the poetic sensibility. A frequently repeated theme in Salinas's work is the need to avoid  names and to "live in pronouns" . The generally accepted explanation on the emphasis of pronouns is that linguistically  Salinas is attempting to convey his search for the "Transrealty "  of the objects and people in the world . Pronouns substitute for more carnal words and thus have a transcendental value. The pronouns can also be a refuge- a way for the poet to liberate himself from names , which is often related to the body.  It  therefore represents the freedom of anonymity. It can also be argued as symbolic of the soul.

Poet Jorge Guillen comments about this poem are as follows :

" Pronouns, the skeletal grammatical word. The ingenious poet uses them with irony. Are the pronouns, I, you , metaphysical entities! The monosyllabic condensations reveal the lovers' profound essence that always exist. The lover says with the greatest simplicity: I want you.

It is love that discloses- and creates- the two lovers. A new I wants to become a new you.  I,you : the relationship of all lovers , which in this instance acquires extraordinary height and depth.

"I want you pure, free,
irreducible: you"

The chimera of platonic perfection is not sought here. Rather what is longed for is the most profound, secret you that love can reveal and exalt, as the love were dreamt in the " pure , unmoving center in you" . This moment of ecstatic claim implies a now unreal hyperbole of the quest that  no single plenitude or intoxication can satisfy. It is the extreme Beyond of great demanding love. " 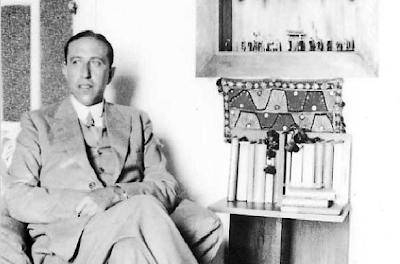