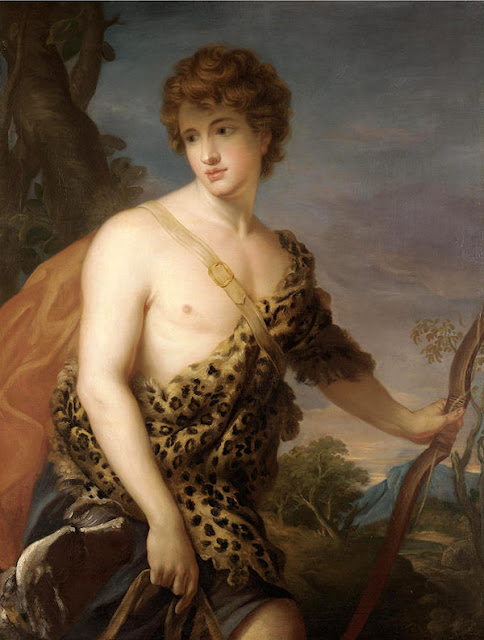 In part to ascertain a certain date
and in part to while away the time,
last night I took down a collection
of Ptolemaic inscriptions to read.
The unstinting laudations and flatteries
are the same for all. All of them are brilliant,
glorious, mighty, beneficent;
every undertaking utterly wise.
As for the women of the line, they too,
all the Berenices and the Cleopatras, are wonderful too.

When I successfully ascertained the date
I’d have finished with the book, if a tiny,
insignificant reference to King Caesarion
hadn’t attracted my attention suddenly… …

Ah, there: you came with your indefinite
charm. In history there are only a few
lines that can be found concerning you;
and so I could fashion you more freely in my mind.
I fashioned you this way: beautiful and feeling.
My artistry gives to your face
a beauty that has a dreamy winsomeness.
And so fully did I imagine you
that yesterday, late at night, when the lamp
went out—I deliberately let it go out—

I dared to think you came into my room,
it seemed to me you stood before me: as you must have been
in Alexandria after it had been conquered,
pale and wearied, perfect in your sorrow,
still hoping they’d have mercy on you,
those vile men—who whispered, “Surfeit of Caesars.”

"A Greek gentleman in a straw hat, standing absolutely motionless at a slight angle to the universe." E. M. Forster's famous description of C. P. Cavafy--the most widely known and best loved modern Greek poet--perfectly captures the unique perspective Cavafy brought to bear on history and geography, sexuality and language. Cavafy wrote about people on the periphery, whose religious, ethnic and cultural identities are blurred, and he was one of the pioneers in expressing a specifically homosexual sensibility. His poems present brief and vivid evocations of historical scenes and sensual moments often infused with his distinctive sense of irony. They have established him as one of the greatest Greek poets of the twentieth century.

A striking number of his poems are about characters from Roman and Greek history and some of them come as nocturnal apparitions of those who have vanished into history.  In “Caesarion,” he brings to life a figure marginalized by history and brutalized by the imperial forces at history’s command. Caesarion was the child of Julius Caesar and Cleopatra; he was murdered (and possibly raped) by the henchmen of Octavius.

'Caesarion' shows how even reading dry historical sources can arouse the sensual memory.  Cavafy reads “a collection / of Ptolemaic inscriptions” and discovers identical, interchangeable “unstinting laudations and flatteries.” Then “a tiny, / insignificant reference to King Caesarion” attracts Cavafy’s attention. A connoisseur of history’s castaways, Cavafy, oddly, seemed tempted by his obscurity. Someone needed to intervene, and Cavafy restores to Caesarion the “beauty” and “feeling” that history effaced, a sexual favor that our boy Caesarion has travelled through time to repay. Here the poet shows how the emotional and sensual participation with characters ignored by history can illumine and immortalize them in the realm of art.

Cavafy’s use of “Surfeit of Caesars” (meaning “too many Caesars”) smacks of history’s fluent, ineluctably sensual appetite for violence.

Note: 'Caesarion' was the nickname of Ptolemy XV Caesar, ostensibly the son of Julius Caesar and Cleopatra, who was invested with the title 'King of Kings' by Mark Antony. Following Antony's defeat at Actium in 31 BC the victor Octavian (later the emperor Augustus) ordered Caesarion's execution.

Berenices: name of three queens of the Ptolemy family