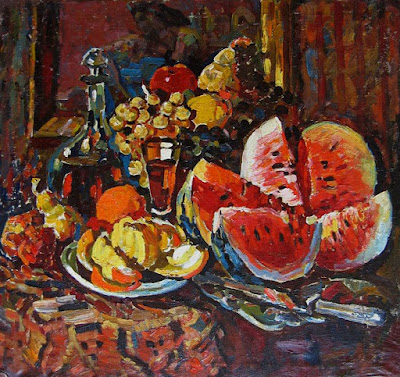 
to grace this meager table


and stacks of melon wedges,


and dill, with parsley and peppers,


with garlic and goose-pimpled


of wine and tipple


till they’re gone. How pleasant


our palates and sup with taste!


we won’t give in to autumn,


For God, the Creator of All,


Maxim Amelin is he one of the most brilliant of all contemporary Russian poets. I first heard about him while listening to an interview with the Russian poet Vera Pavlova where she praised Amelin lavishly.

Poet, critic, editor, and translator, Maxim Amelin is among the last generation of Russian poets to grow up in the Soviet Union, or as the poet Aleksei Tsvetkov wrote in Poetry Magazine: “those in the thirty- to forty-year-old range… the children of perestroika―or one should say the orphans, since their alleged mother went missing long ago” (February 2008). The recipient of numerous national awards, including the Moscow Reckoning Award, the Anti-Booker, the Novyi Mir Prize, and the Bunin Prize, his work has been translated into over a dozen languages. In 2013 Amelin won the prestigious Solzhenitsyn Prize for his contributions to Russian poetry.

A loving collector of neologisms and a devoted student of Revolutionary word-smithing (like Mayakovsky), Amelin keeps his poetry in suspension through a tension of opposites. He writes of bodily pleasures while musing on the body’s resurrection.

This poem is such a pleasure to read that I felt the pulse of running around and setting the table to host a party. Its accelerating pace is frenetic as the title itself. What a pleasure to read such a lively verse in these depressing times! It has amazing oomph and alacrity. And that line, 'we won’t give in to autumn' sums up the spirit. 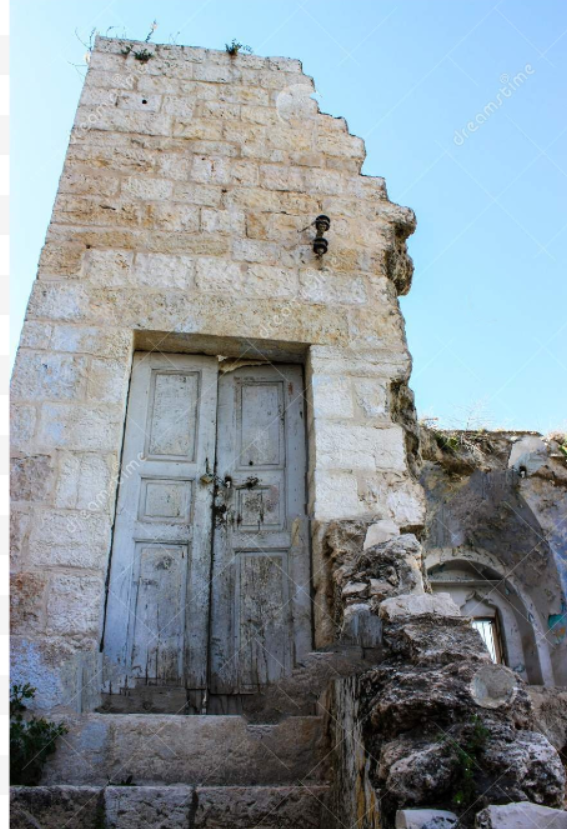 In Pilsen,
twenty-six Station Road,
she climbed to the third floor
up stairs which were all that was left
of the whole house,
she opened her door
full on to the sky,
stood gaping over the edge.

For this was the place
the world ended.

Then
she locked up carefully
lest someone steal
Sirius
or Aldebaran
from her kitchen,
went back downstairs
and settled herself
to wait
for the house to rise again
and for her husband to rise from the ashes
and for her children’s hands and feet to be stuck back in place.

In the morning they found her
still as stone,
sparrows pecking her hands.

Miroslav Holub was a curious mixture, perhaps a unique one: he was one of  Czech Republic’s  most prolific and original poets and also a distinguished scientist, a leading immunologist. What makes Holub so unusual is his distinction in both fields. Miroslav Holub is one of the half dozen most important poets writing anywhere", says Ted Hughes. "One of the sanest voices of our time”, writes A. Alvarez in an introduction. His fantastical and witty poems give a scientist's bemused view of human folly and other life on the planet. He loved experimental poetry and wrote free and irregular verses. "I prefer to write for people untouched by poetry," he said in an interview.

"Five Minutes After the air Raid", is a poignant and nostalgic evocation of a woman who loses everything after her home and family are destroyed by a bomb. The poem skillfully balances the use of a factual journalistic tone with striking and at times shocking imagery, which combined evoke strong reactions in the reader. The encompassing sensation of horror and tragedy are profoundly characteristic of Holub's entire oeuvre and his poetic style.

It begins with the plainest of physical descriptions:

"   In Pilsen,
twenty-six Station Road,
she climbed to the third floor
up stairs which were all that was left
of the whole house,

she opened the door
full on to the sky,
stood gaping over the edge."

One minute the woman appears to be on solid ground, making her everyday ascent to her home Upon opening the same door she has opened many times before she is met with a shockingly different world to the one familiar to her. She is simply gaping into the open sky putting herself on the peril of falling down. This move from certainty to uncertainty in this poem is amazingly swift. No sooner have we taken the address on board than we are treading those free-standing stairs. What dreadful history do they suggest? Are they the hallucination of a damaged mind, or real wreckage? How can the climbing woman avoid further injury?

The buildings physical ruin directly reflects the woman's emotional state: "this was the place the world had ended". These lines demonstrate the fragility of human existence, and it is telling that they are singular and separate from the rest of the poem, creating a gap, between the first stanza of the poem, and the rest, its purpose is to demonstrate the divide between the woman's old life, and that which follows the bomb. Holub is expressing that everything we know, everything we take for granted can be taken away in a single moment.

Holub reveals, the woman's disoriented mental state by having her perform an illogical action. She locks up the house. Why? There is nothing left to protect. Everything she had is gone, and Holub emphasizes this, by suggesting she is protecting.

They are the two brightest and most precious stars in the sky. Perhaps those are the stars she thought only she had the luck of feasting every day from her kitchen. Now that the house is gone, her deranged mind thinks that someone can steal those stars she had cherished as her own delight.

She is expecting the impossible at the end. She "went back downstairs / and settled herself / to wait / for the house to rise again / and for her husband to rise from the ashes / and for her children's hands and feet to be stuck in place. / In the morning they found her / still as stone, / sparrows pecking her hands." She is mentally deranged now. Her physical presence is there like a stone. But the mind is gone!

This is one of the saddest and deeply moving poems I have read in recent times. 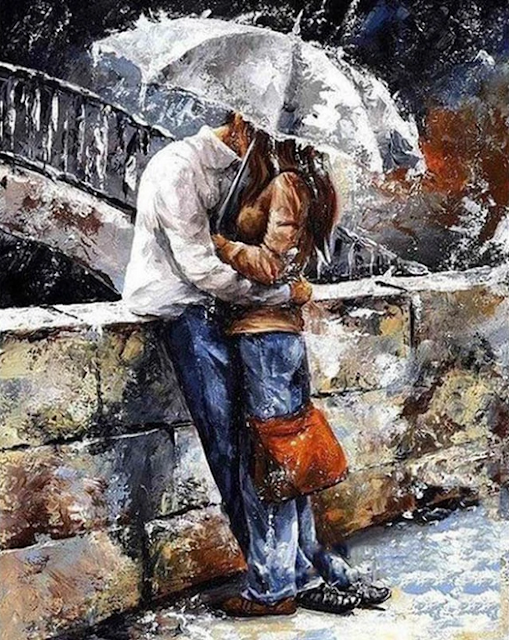 Translated from the French by Lawrence Ferlinghetti

Remember Barbara
It rained all day on Brest that day
And you walked smiling
Flushed enraptured streaming-wet
In the rain
Remember Barbara
It rained all day on Brest that day
And I ran into you in Siam Street
You were smiling
And I smiled too
Remember Barbara
You whom I didn't know
You who didn't know me
Remember
Remember that day still
Don't forget
A man was taking cover on a porch
And he cried your name
Barbara
And you ran to him in the rain
Streaming-wet enraptured flushed
And you threw yourself in his arms
Remember that Barbara
And don't be mad if I speak familiarly
I speak familiarly to everyone I love
Even if I've seen them only once
I speak familiarly to all who are in love
Even if I don't know them
Remember Barbara
Don't forget
That good and happy rain
On your happy face
On that happy town
That rain upon the sea
Upon the arsenal
Upon the Ushant boat
Oh Barbara
What shitstupidity the war
Now what's become of you
Under this iron rain
Of fire and steel and blood
And he who held you in his arms
Amorously
Is he dead and gone or still so much alive
Oh Barbara
It's rained all day on Brest today
As it was raining before
But it isn't the same anymore
And everything is wrecked
It's a rain of mourning terrible and desolate
Nor is it still a storm
Of iron and steel and blood
But simply clouds
That die like dogs
Dogs that disappear
In the downpour drowning Brest
And float away to rot
A long way off
A long long way from Brest
Of which there's nothing left.

Jacques Prevert’s poem “Barbara” is a haunting evocation of love, loss, and memory set against the destruction of the city of Brest in northwest France during World War II. The poem, first published in 1946, tells the story of a passionate love affair, tragically cut short by the outbreak of war. The poem is simple, straightforward, and lyrical. The eponymous Barbara is repeatedly urged to remember her joyful life before the war, how once she ran to her lover’s arms amid Atlantic squalls that washed over her city, bringing only “That good and happy rain/ On your happy face/On that happy town.” The war swept away Barbara’s lover, his fate agonizingly uncertain (“Is he dead and gone or still so much alive"), and reduced her once happy city to a landscape of  shattered rubble, destroyed  “Under this iron rain/ Of fire and steel and blood”.

How powerfully Prevert responds to the violence and subsequent disorientation of the twentieth century in this poem professing a belief in the redemptive power of humanity’s creative force, viz poetry. Try to read this poem aloud.  As the reader gets engaged in the process of reading the poem,  one can sense that it is exerting an emotional effect and creating a dialogue between itself, the voice of the poet, the characters discussed in the poem and the reader.

Pervert describes this experience of entering into an intimate dialogue with a stranger: The poets speak of a quintessential pair of tragic lovers, which is represented by Barbara and her lover, but as the poem progresses these characters become internalized and therefore universal. The poet says to Barbara:

describing their encounter, which in the space of that smile turns them from strangers to lovers. This shift becomes evident as the poet continues to describe Barbara’s meeting with her ‘actual’ lover in very similar terms:

The following lines establish a lovers’ connection between the poet and Barbara, as well as the poet and anyone who has ever experienced love:

Repetitions abound in the poem and include repetitions of phrases as well as symbols and themes. Prévert constantly calls out in Barbara: “Remember Barbara” and “Don’t forget,” he repeats the adjectives in different contexts, seeing “happy rain”, a “happy face,” a “happy town,” and “iron rain” made of “iron and steel and blood.” Greet explains this type of artistic expression in revolutionary terms, as she writes that “by exposing clichés, he negates a tired civilization; he affirms life’s essential value by creating new meanings for words or by renewing old ones. In describing the actions of a lover Prévert reverses the order of his repeated adjectives, so that “streaming-wet enraptured flushed” becomes “flushed enraptured streaming-wet,” magnifying the importance of the repeated action by adding another level to its meaning, as if it were a magical phrase that has to be spoken a certain way under certain conditions for the magic to work.

On the other hand, when Prévert describes the devastation of war and destruction of the city of Brest he thwarts the melodiousness and symmetry of the repetition, which starts with “this iron rain/Of fire and steel and blood,” and is repeated as “a storm/Of iron and steel and blood.” Similarly, the reader is caught off guard to read about the “shitstupidity the war,” which is so jarring that it in every way reminds us what love is being set against, and what it is expected to conquer. Prévert writes of what he sees is left of Breast after the destruction, and what bares no resemblance to either the passion that built the city nor the violence that destroyed it, but what resembles a deserted space not even fit for graves and memories.

The repetitions and world play in this poem remind the reader of the overall lullaby-tone of the poem, and the feeling of familiarity between himself and the poet grows into an experience of love itself: the reader becomes one of the lovers.