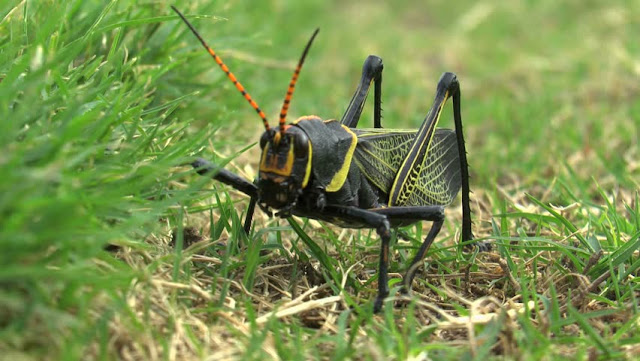 Who made the world?
Who made the swan, and the black bear?
Who made the grasshopper?
This grasshopper, I mean-
the one who has flung herself out of the grass,
the one who is eating sugar out of my hand,
who is moving her jaws back and forth instead of up and down-
who is gazing around with her enormous and complicated eyes.
Now she lifts her pale forearms and thoroughly washes her face.
Now she snaps her wings open, and floats away.
I don't know exactly what a prayer is.
I do know how to pay attention, how to fall down
into the grass, how to kneel down in the grass,
how to be idle and blessed, how to stroll through the fields,
which is what I have been doing all day.
Tell me, what else should I have done?
Doesn't everything die at last, and too soon?
Tell me, what is it you plan to do
with your one wild and precious life?

Mary Oliver is an American poet who has won the National Book Award and the Pulitzer Prize. She is a nature poet and a mystic poet rolled into one.  Her perceptive and brilliantly crafted poems about the natural landscape and the fundamental questions of life and death have won high praise from critics and readers .

Summer Day is a lovely poem that starts with philosophical enquiries, “Who made the world?/Who made the swan, and the black bear?”. If we approach the poem literally, perhaps the poet started a summer day strolling through grass fields . She is startled by a grasshopper that leaps from the ground into her hands. That becomes a moment of supreme attentiveness that leads to a new awareness of the miracle of existence of flora and fauna around her. Like the God who is said to count every strand of our hair, Oliver turns her eyes on one specific creature and its singularity and asks, “Who made grasshopper?”. It is interesting that Oliver never answers her questions. Instead, she continues to observe the tiny visitor even more closely. It is when she stops, stoops, and examines the grasshopper that she notices its “enormous and complicated eyes”; the jaws that move “back and forth instead of up and down” in contrast to human mandibles; the rubbing of its pale forearms and that unforgettable sight: a grasshopper washing its face.

From here, the poem takes an effortless turn. The act of intensely watching this seemingly insignificant creature become allied in the poet’s mind with an attitude of prayer. She  says, “ I don’t know exactly what a prayer is”. Here she is not talking about prayer encrusted in rote words, or prayer as a communal outpouring of spirit. In Oliver’s world, the worship space is an open field. One kneels to “pay attention”. To be attentive and idle is to pray and be blessed.

The poem offers a new way of being in the world. “Tell me, what else should I have done?/Doesn't everything die at last, and too soon?”/Tell me, what is it you plan to do
with your one wild and precious life?." These lines hit us hard. It demonstrates our defenselessness against the flow of time. The poet feels that a way to exalt our ephemerality is to impart an exhilarating and electrifying glaze to our life. 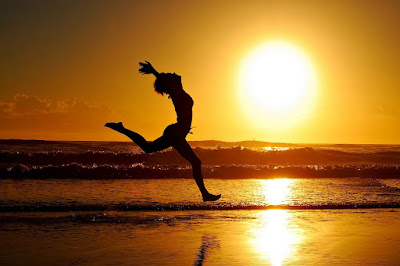 Immensity
illumines me
Ranked by T.S. Eliot as “one of the very few authentic poets” of the last century and by Allen Tate as akin to Paul Valery in his sensitivity, Giuseppe Ungaretti wrote verse that was marked by simple vocabulary, unusual lyric tension and illuminating images.

Giuseppe Ungaretti (1888-1970) was a pioneer of the Modernist movement in Italian poetry and is widely regarded as one of the greatest Italian poets of the twentieth century. His verse is renowned and loved for its powerful insight and emotion, and its exquisite music. As a  soldier, he saw action in WW I, endured a dear friend's suicide in Paris, and participated in the postwar birth of modernist French and Italian poetry and art. He eventually settled in Rome, decamping only for an academic appointment in Brazil, during which first his brother and then his nine-year-old son died. With so much tragedy in a life lived largely in a crucible of twentieth-century calamity, that he wrote frequently about death is unsurprising, nor is it wonderful that he became engaged in a profoundly tenuous search for God. His spare poetry is the difficult but deeply engaging and affecting record of his quest.

The genius of this poem is in the way it laminates the unique and the general; the way it recognises that while being illuminated with immensity may feel like a miracle to a soldier who has lived through a night – or night after night – in the trenches, it is to most people at most times just the start of another day.

The features that render ‘Mattina’ so amenable to mass production make it a nightmare to translate. On the one hand, extreme paucity of paraphrasable content; on the other, extreme subtlety of nuance. ‘Mattina’ literally means (as translated by Andrew Frisardi)  “I turn luminous in an immensity of spaces.”’ But Ungaretti’s poem mentions no spaces and says nothing about turning. That shows how difficult and challenging it is to translate this terse verse as certain words are implicit and not explicit in the poem.

The real point of Ungaretti’s insight is the effect of vast reality of a physical universe (seen in the morning, sea or sky) on the human soul. Far from dismaying the poet, as the vastness of space had dismayed Pascal, it leaves him exhilarant, with a sense of expansion, of inner radiance. The poet is not illuminated from without by sky or sea; he illuminated himself by the contact: the fire of his own soul burns high and clear in its excitement.

This is a flash-of –lightning kind of poem supremely articulating a memorably imbibed experience: this sudden realization that, vast and brilliant as the universe may be, it is less so than the soul embracing it. 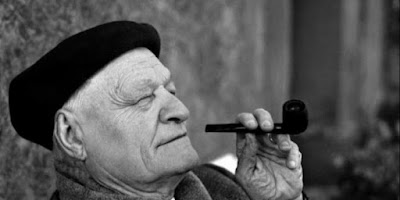 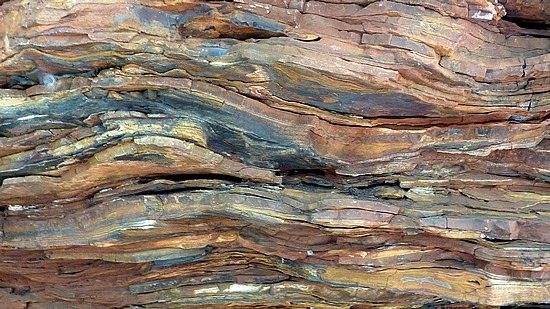 I have walked through many lives,
some of them my own,
and I am not who I was,
though some principle of being
abides, from which I struggle
not to stray.
When I look behind,
as I am compelled to look
before I can gather strength
to proceed on my journey,
I see the milestones dwindling
toward the horizon
and the slow fires trailing
from the abandoned camp-sites,
over which scavenger angels
wheel on heavy wings.
Oh, I have made myself a tribe
out of my true affections,
and my tribe is scattered!
How shall the heart be reconciled
to its feast of losses?
In a rising wind
the manic dust of my friends,
those who fell along the way,
bitterly stings my face.
Yet I turn, I turn,
exulting somewhat,
with my will intact to go
wherever I need to go,
and every stone on the road
precious to me.
In my darkest night,
when the moon was covered
and I roamed through wreckage,
a nimbus-clouded voice
directed me:
“Live in the layers,
not on the litter.”
Though I lack the art
to decipher it,
no doubt the next chapter
in my book of transformations
is already written.
I am not done with my changes.

Stanley Kunitz (1905- 2006) was American Pulitzer Prize-winning poet noted for his subtle craftsmanship and his treatment of complex themes. He held the post of  the Poet Laureate of America twice, first in 1974 and later in 2000.

In this wonderful poem, the poet is meditating on how to reconcile all the losses of life. His griefs (“the slow fire trailing from abandoned campsites”) and banquet table of losses must have included friends and family members and other traumatic experiences. The poet penned this poem at a time when he was about to pull the curtain on a significant phase of his life and was aware that there were fewer milestones ahead.  As he roamed through the wreckage of his life, “a nimbus-clouded voice” guided him to “live in layers, not on the litter”.

“Live in layers, not on the litter” is a striking line in this poem. All of us have gone through tough and turbulent times in our life. Just like an old tree or rock leaves different rings or layers on its trunk or structure, these layers are embedded in our psyche. The bark and surface debris in a tree or rock (litter) always are meant to be shed and they are not the spots of our true existence. That is why the poet pleads us to navigate our life around layers and shove away the superficial parts of our life. Layers are the true marks that shape and strengthen our life. If we peel through our litters, we will find what is important to us; the layers that affirm our journey. These layers could be defining moments in our profession or personal life or the interactions that directed our destiny.

We become whole by having the courage to revisit and embrace all the layers of our lives, denying none of them, so that we're finally able to say, "Yes, all of this is me, and all of this has helped make me who I am." When we get to that point, amazingly, we can look at all the layers together and see the beauty of the whole. In every realm of our lives, we need to have passionate desire to experience the depths, to live in layers.

Realistic optimism with a tinge of fatalism (“I lack the art to decipher it”) linger in the last stanza. 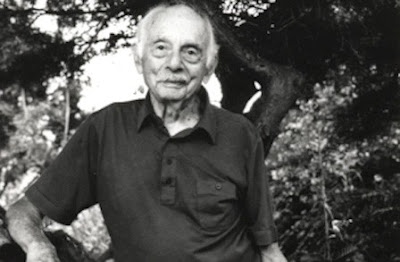