A Swarm Of Gnats

Many thousand glittering motes
Crowd forward greedily together
In trembling circles.
Extravagantly carousing away
For a whole hour rapidly vanishing,
They rave, delirious, a shrill whir,
Shivering with joy against death.
While kingdoms, sunk into ruin,
Whose thrones, heavy with gold, instantly scattered
Into night and legend, without leaving a trace,
Have never known so fierce a dancing.

Herman Hesse is more famous as a great German novelist, who has explored in his work the duality of spirit and nature and individual's spiritual search outside restrictions of the society. Hesse was awarded the Nobel Prize for Literature in 1946. Several of Hesse's novels depict the protagonist's journey into the inner self.

This poem is a vivid example the wonderful imagery of things as small as flecks of dust, and the immense sense of joy and freedom...and the bitter contrast with the great ones slithering into decay. The difference between little things (beings) having a happy life and actually dying happy, and big things (beings) such as kings have a life of battle and die without really knowing true happiness is contrasted well in this poem.

It tells a great tale of passion of life while those great civilizations plodded along never really feeling the greatness of living a life of pure joy. 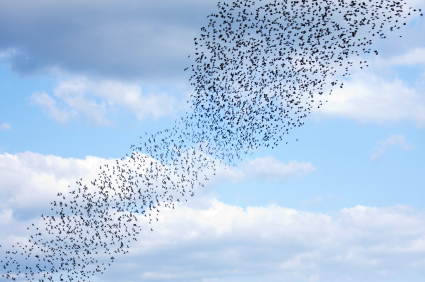