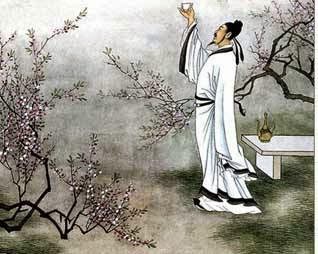 From : Essential Rumi by Rumi, Coleman Barks (Translator)
Posted by PGR Nair at 6:05 AM No comments:

Chorus of the Rescued

Today is International Holocaust Day. A remembrance day of the liberation of Auschwitz where 1.1 million Jews perished.

If your heart is attuned to the brevity and frailty of life and the human soul, then you will clearly hear Nelly Sachs' plea. It  describes the trepidation and  trauma of survivors in returning to normal life  in a heart-wrenching manner.

Chorus of the Rescued.

We, the rescued,
From whose hollow bones death had begun to whittle his flutes,
And on whose sinews he had already stroked his bow—
Our bodies continue to lament
With their mutilated music.
We, the rescued,
The nooses would for our necks still dangle
Before us the blue air—
Hourglasses still fill with out dripping blood.
We, the rescued,
The worms of fear still feed on us.
Our constellation is buried in dust.
We, the rescued,
Beg you:
Show us your sun…. but gradually.
Lead us from star to star, step by step.
Be gentle when you teach us to live again.
Lest the song of a bird,
Or a pail being filled at the well,
Let our badly sealed pain burst forth again
And carry us away—
We beg you:
Do not show us any angry dog, not yet—
It could be, it could be
That we will dissolve into dust—
Dissolve into dust before your eyes.
For what binds our fabric together?
We whose breath vacated us,
Whose soul fled to Him out of that midnight?
Long before our bodies were rescued
Into the arc of the moment.
We, the rescued,
We press your hand
We look into your eye—but all that binds us together now is leave-taking.
The leave-taking in the dust
Binds us together with you.

Nelly Sachs was a German poet and dramatist who became a poignant spokesperson for the grief and yearnings of her fellow Jews. When, with Shmuel Yosef Agnon, she was awarded the 1966 Nobel Prize for Literature, she observed that Agnon represented Israel whereas “I represent the tragedy of the Jewish people.”

In “Chorus of the Rescued,” the pain described is their attempts to come to terms with the certainty of their deaths and the surprising reprieve given to the survivors. Sachs utilizes striking imagery such as; death had begun to “whittle his flutes” from their hollow bones and “hourglasses still fill with our dripping blood” In their weakened state, fear is an obstacle that they cannot overcome. A reason to hope has been so recently restored to them that they need special treatment to embrace it. “Our constellation is buried in the dust. We, the rescued, beg you: show us your sun, but gradually” . Their hope is tinged with timidity and uncertainty because they are barely clinging to composure and admit that it would only take a slight trigger for them to lose their equilibrium. If they face that degree of suffering again they will “dissolve into dust before your eyes” .

Later in the poem, the speaker asks, “for what binds our fabric together?” Searching for the connection that allows them to relate to others, the answer appears in the lines that follow, “all that binds us together now is leave-taking”

Sachs makes sense of pain by noting that it is what binds people together. They are united with others through shared experience of loss suffered and united with the diverse population because they need new strength to rebuild their lives.

This poem, as Milosz said,  “describe the beauty of the simplest things and exemplify the effort to resist the temptation of utter despair”

From : Art from the ashes: A Holocaust Anthology 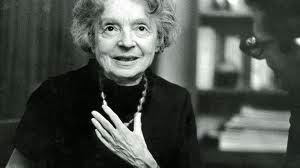