Yosano Akiko (1878-1942) was a Japanese poet, essayist, autobiographer, and novelist. One of the most prominent figures in modern Japanese literature, she was a representative “new woman”  at the turn of the 20th century, whose first collection of Tanka poetry, Midaregami (Tangled Hair, 1901) caused a sensation among her contemporaries for its newness of theme and style, characterized by direct expressions of passion in an uninhibited, sensual language. Yosano Akiko wrote both tanka and free verse, but it is in her tanka that we see the most striking expressions of the “new woman” asserting her self, her sexuality and her body. One of the most characteristic aspects of Yosano’s poetry is the presence of a self gazing at her own body, admiring it and cherishing it (See Poem 5). A narcissistic vision, indeed, yet how much courage it took for a woman to openly declare that she was a woman whose “beautiful body” was not only an object of the male gaze but a body to be gazed at by her own self, a desirous body that is waiting to be “kicked” open (Poem 6). Kenneth Rexroth states that Akiko Yosano "is one of the world's greatest women poets, comparable to Christina Rossetti, Gapara Stampa, Louise Labe and Li Ch'ing Chao.


Black hair
Tangled in a thousand strands.
Tangled my hair and
Tangled my tangled memories
Of our long nights of love making.


Not speaking of the way,
Not thinking of what comes after,
Not questioning name or fame,
Here, loving love,
You and I look at each other.


This autumn will end.
Nothing can last forever.
Fate controls our lives.
Fondle my breasts
With your strong hands.

Fragrant the lilies
In this room of love;
Hair unbound,
I fear
The pink of night’s passing

In my bath--
Submerged like some graceful lily
At the bottom of a spring,
How beautiful
This body of twenty summers.


Clasping my hands to my breasts
The curtain of mystery
I kicked gently aside
How crimson is my flower
And how dark! 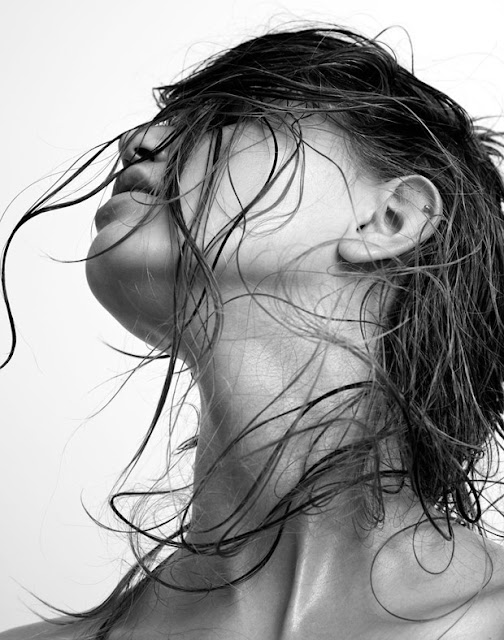