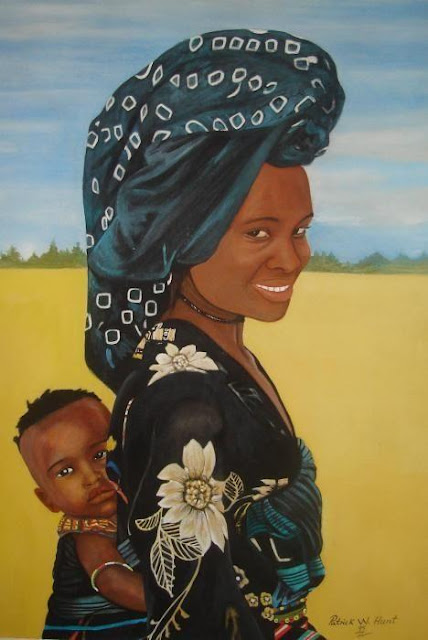 Dressed in your color that is life, in your form that is beauty!

I grew up in your shadow. The softness of your hands
Shielded my eyes, and now at the height of Summer and Noon,
From the crest of a charred hilltop I discover you, Promised Land
And your beauty strikes my heart like an eagle’s lightning flash.

Naked woman, dark woman
Ripe fruit with firm flesh, dark raptures of black wine,
Mouth that gives music to my mouth
Savanna of clear horizons, savanna quivering to the fervent caress
Of the East Wind, sculptured tom-tom, stretched drumskin
Moaning under the hands of the conqueror
Your deep contralto voice is the spiritual song of the Beloved.

Naked woman, dark woman
Oil no breeze can ripple, oil soothing the thighs
Of athletes and the thighs of the princes of Mali
Gazelle with celestial limbs, pearls are stars
Upon the night of your skin. delight of the mind’s riddles,
The reflections of red gold from your shimmering skin
In the shade of your hair, my despair
Lightens in the close suns of your eyes.

Naked woman, black woman
I sing your passing beauty and fix it for all Eternity
before jealous Fate reduces you to ashes to nourish the roots of life.

Leopold Senghor is the greatest of the Francophone African poets . He was born in Senegal, in 1906, and schooled both in Dakar and in Paris, France. He was the first West African to graduate from the Sorbonne (a part of the University of Paris, founded in 1253 that contains the faculties of science and literature) and teach in a French university. He is acclaimed as the father of Negritude (from Negro), a philosophy that affirms the black identity and touts the black man’s values as something to celebrate and be proud of. His poetry shows it in abundance.

This poem was written when Senghor was in exile in France. The celebration of the black body of a woman was rare in art that the poem when published became revolutionary in its implications. The structure of the poem with its accumulation of metaphors owes something to the surrealist technique of poets such as André Breton and Paul Eluard and thereby connects to one of the most vibrant literary movements of Paris in the 1930s. In contrast to poems that celebrate the body of a particular beloved woman, Senghor’s is abstract, directed to a category rather than a particular person. Indeed, the poem may not be addressed to a lover alone, but also to a maternal ﬁgure, as line 3 ("I grew in your shadow") indicates. It is thus a poem that epitomizes the convergence of mistress, mother and land as the focus of the poet's nostalgia and desire. The image of the motherland as a nurturing mother and sensual bride acted as poetic inspiration for many black writers. Leoplold fuses Africanity with feminity by extolling the beauty of an African Woman who also serves as a metaphor for Africa thereby indirectly rejecting the European standards of beauty . If eve was the mother of human species, and Africa was the mother of Eve, where does Africa end and woman hood begin?

In typical Négritude fashion, it takes a European stereotype about Africans, that their partial or total nudity proves a lack of sophisticated culture, and turns it into a positive attribute: Dark skin is here praised as a vital kind of clothing in and of itself. The metaphors that follow take on a distinctly biblical tone. Not only is the woman explicitly compared to the "Promised Land," but more generally the metaphors likening her to a landscape, to exquisite food and drink, to an instrument, a graceful animal, and the sun invoke the general tone of the Song of Songs. The last stanza brings up a motif that is common in Western lyrical poetry, namely, the idea that the poets’ words preserve the beauty of a woman otherwise destined to vanish.

In the first stanza, the poet emphasizes the thematic statement that the color of the natural black woman itself is life and her form is beauty. Senghor has grown up under her shadow and his spirit has been nourished by her. Now that he has grown up and matured, he returns to her as if he were coming upon the promised land. He sees her through a mountain pass at noon in the midst of summer, and her beautiful form goes to his heart directly.

In the second stanza, she is seen as a lover, a woman whose flesh is like that of a ripened fruit. The poet compares her to the infinite savanna that shudders beneath the caresses of the east wind. She is like a tight, well-sculpted drum that resounds under the fingers of a valiant  conqueror; a woman whose resonant  contralto voice becomes the spiritual anthem of the loved one.

In the third stanza, she becomes almost a goddess, with her skin as smooth as the oiled skin of an athlete or a prince. She is like an elegant gazelle adorned with heavenly ornaments.

In the final stanza, Senghor concludes philosophically that he is perpetuating her transient beauty permanently in his poetry.

His language thus reifies black woman as an embodiment of sensuality and as a place for comfort and warmth for men.  At the end, death appears as a metaphor of entombment of Africa's mythical past , as well as a source of sustenance for future. 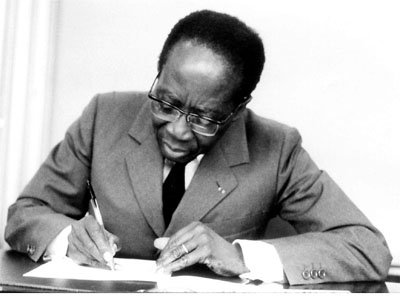