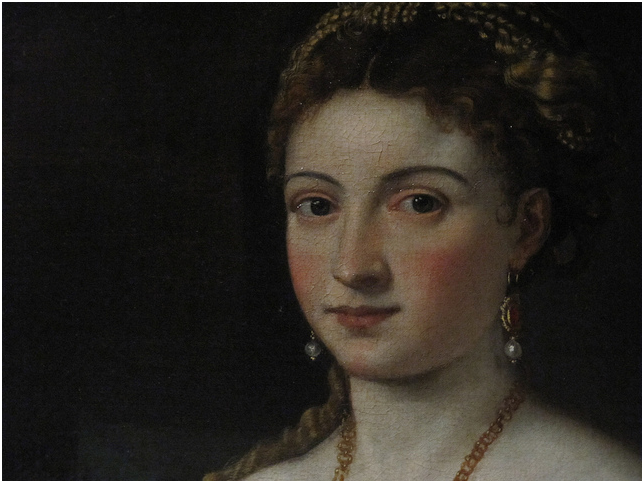 I have never seen
nor heard of such a thing

her modesty turns
pearl into carnelian.

Her face is so clear
that when you gaze

on its perfections
you see your own face
reflected.

'IBN `ABD RABBIHI [Abu `Umar Ahmad ibn Mahommed ibn 'Abd Rabbihi] (860-940), Arabian poet, was born in Cordova and descended from a freed slave of Hisham, the second Spanish Omayyad caliph. He enjoyed a great reputation for learning and eloquence. Ibn Abd Rabbihi received a traditional Muslim education. His few surviving poems are preserved in the Unique Book of Modern Poets by al-Thualibi. In these poems, love themes alternate with ascetic motifs. His well-known prose anthology, A Rare Necklace, consisting of 25 chapters (“jewels”), contains information on the history and literature of the caliphate during the seventh and eighth centuries.

The imagery of turning  pearl into  carnelian gemstone by her modesty is refreshingly  original and  striking.