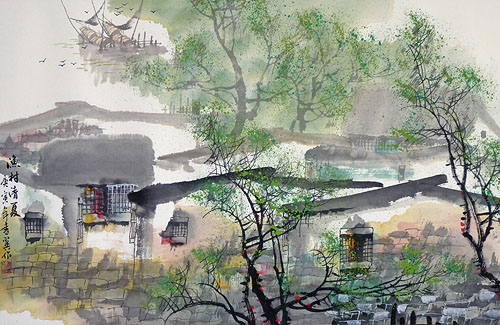 The great Chinese poet T'ao Yuan-ming (365-427. Also known as T'ao Ch'ien ) , the extoller of the delights of country life, was  one of the finest of all Pre-Tang Chinese poets.

He represented both the old and new in an era of China that saw years of war and chaos. He lived in the period of disunity  known as six Dynasties, when northern China was in the hands of non-Chinese leaders, and south, where T'ao lived , was ruled by a succession of weak and short lived dynasties that had their capital at the present-day city of Nanking. Tao Chien was well educated in the classics of Confucianism and Taoism, and later in life he may have befriended a local Buddhist figure long before Buddhism was significant in China. But T'ao Ch'ien is chiefly remembered not for his breadth of knowledge but for his unique voice as a poet of transition and reclusion.

T'ao's career as a "scholar-gentleman" or government official, clashed with his propensity for solitude, and he became a recluse in the Chinese manner, in a rural area with his family. As a poet he projects warmth, humanity, and personal vulnerability. His poems also reflects the unease and anxiety that beset Chinese society at that time.  Unlike most of his contemporaries and predecessors, whole poetry was marked by ornate diction and elaborate rhetorical devices, he wrote in plain and simple style.

The details of T'ao Yuan-ming's  life are simple. The family was poor but well-educated. His mother died when he was very young. He began a career in government bureaucracy and eventually quit to return home, refusing many later calls to an alternative post. T'ao Yuan married, had children, and determined to pursue a life of self-sufficiency as a recluse and farmer. But after a fire destroyed his ancestral home, poverty dogged him. Farming was exhausting work and he grew thin and sickly. Still Tao refused job offers from old government acquaintances. For a while he gave in and served a military post, then a brief stint as town magistrate. But this did not last long. T'a Yuan's  two episodes of withdrawal from service are described in his most celebrated poems, "Return Home" and "Returning to Live in the Country," the latter a series of five poems on reclusion.

Many of his poems describe the quiet joys of country life, though others speaks of famine, drought and similar hardships. The Taoist side of the poet's nature no doubt told him he should be content with such a life of seclusion, but his dedication to Confucian ideals kept him longing for the less troubled times of the past when virtue prevailed and a scholar could in good conscience take an active part in affairs of state. There is overall ambiguity in his poetry-exclamations upon the beauties of nature and the freedom and peace of rustic life, set unceasingly alongside confessions of loneliness, frustration, and fear, particularly fear of death. He was at once loyal to friends and family, skeptical philosophically, a realist about daily life and its hardships, but also rueful and wistfully romantic in his struggle to be worthy of the hermits and sages of the past. He sought solace in his lute, his books, and above all in wine, about half of his poems mentioning his fondness for "the thing in the cup". though in one of his poems he wrote depicting his own funeral, he declares that he was never able to get enough of it (See Poem in the Form of a Coffin-Puller's Song, No.1).

Returning to my Home in the Country, No. 1

In youth  I couldn't sing to the common tune;
it was my nature to love the mountains and the hills.
By mistake I got caught in the dusty snare,
wet away once and stayed thirteen years
The winging bird longs for its old woods,
the fish in the pond thinks of the deeps it once knew.
I've opened up some waste land by the southern fields;
stupid as ever, I've come home to the country.
My house plot measures ten mou or more,
a grass roof covering eight or nine spans.
Elm and willow shade the back eaves,
peach and plum ranged in front of the hall.
Dim dim, a village of distant neighbors;
drifting, drifting, the smoke from settlements.
A dog barks in the deep lanes,
chicken call from the top of mulberry trees.
Around my door and courtyard, no dust or clutter;
in my empty rooms, leisure enough to spare.
After so long in that cage of mine,
I've come back to things as they are.

Reading The Classics of Hills and Seas

(1st in a set of thirteen poems)
Start of summer, grass and trees grow tall;
their leafy branches wrap around my roof.
Flocks of birds delight to find a place to rest,
and I in like manner love my hut.
I've finished plowing , done the planting too;
time now to return to my books.
A cramped lane far from the deep wheel tracks,
but once in a while an old friend turns his carriage here;
we talk together happily, dipping spring wine,
while I pick some greens from my garden.
A fine rain comes from the east,
pleasant breezes along with it.
I browse enough the tale of the Chou king,
let my eyes wander over pictures of hills and seas.
In the space of a nod I've toured the universe-
how could I be other than happy?

(PS: The Classics of Hills and Seas, an early Chinese book on geography containing legends and accounts of strange creatures. AS we see in the poem , T'ao's edition included illustrations. Tale of Chou King was an early work describing the fantastic travels of the ancient KIng MU of the Chou dynasty) 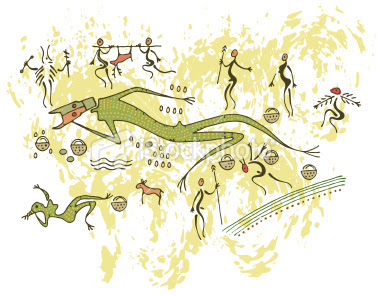 Poem in the Form of a Coffin-Puller's Song, No.1

What has a life must have a death;
an early end doesn't mean the lifespan's been shortened.
Last evening I was the same as other people;
this morning I'm listed in the roster of the dead.
When soul and breath scatter, where do they go,
when the wasted form's consigned to hollow wood?
My little boy, wailing, searches for his father;
my close friends caress me and mourn.
I know nothing now of gain or loss;
how could I distinguish right from wrong?
A thousand autumns, ten thousand years after,
who'll know if I lived in glory or disgrace?
I only regret that while I was in the world
I never got to drink enough wine! 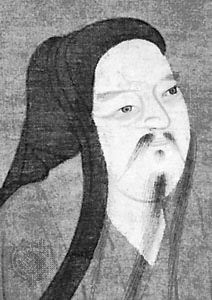