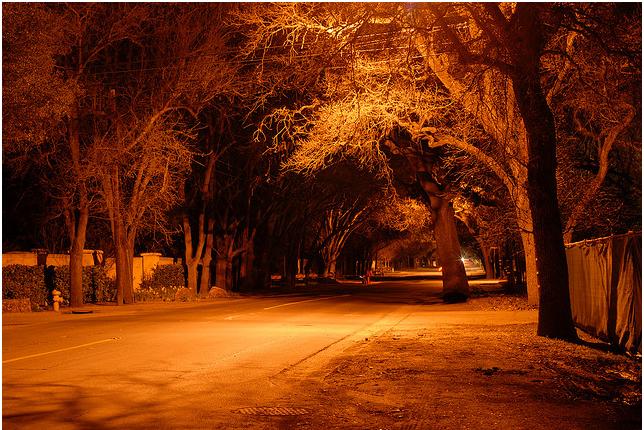 On a dark secret night,
starving for love and deep in flame,
O happy lucky flight!
unseen I slipped away,
my house at last was calm and safe.

Blackly free from light,
disguised and down a secret way,
O happy lucky flight!
in darkness I escaped,
my house at last was calm and safe.

On that happy night—in
secret: no one saw me through the dark—
and I saw nothing then,
no other light to mark
the way but fire pounding my heart.

That flaming guided me
more firmly than the noonday sun,
and waiting there was he
I knew so well—who shone
where nobody appeared to come.

O night, my guide!
O night more friendly than the dawn!
O tender night that tied
lover and the loved one,
loved one in the lover fused as one!

On my flowering breasts
Which I had saved for him alone,
he slept and I caressed
and fondled him with love,
and cedars fanned the air above.

Wind from the castle wall
while my fingers played in his hair:
its hand serenely fell
wounding my neck, and there
my senses vanished in the air.

I lay. Forgot my being,
and on my love I leaned my face.
All ceased. I left my being,
leaving my cares to fade
among the lilies far away.

San Juan de la Cruz or John of the Cross (1542-91) is one of the towering saints in Christian history and often considered, even by secular poets and scholars, to be the loftiest Spanish-language poet ever. Jorge Luis Borges in his "This craft of verse" extolled him as the greatest of all men who used Spanish language for the purpose of poetry. He is also regarded as Catholicism’s “greatest mystical theologian” and his prose works display a remarkably wise understanding of various extremely subtle nuances of psychological and spiritual development. It is said that “no other writer has had greater influence on Catholic spirituality.”

St. John was born in a small community near Ávila. His father died when he was young, and so John, his two older brothers and his widowed mother struggled with poverty, moving around and living in various Castilian villages, with the last being Medina del Campo, to which he moved in 1551. There he worked at a hospital and studied the humanities at a Society of Jesus (Jesuit) school from 1559 to 1563.

John was ordained a priest in 1567, and then indicated his intent to join the strict Carthusian order, which appealed to him because of its encouragement of solitary and silent contemplation. Before this, however, he travelled to Medina del Campo, where he met the charismatic Teresa de Jesús. She immediately talked to him about her reformation projects for the Carmelite order, and asked to delay his entry into the Carthusians. The following year, on 28 November, he started this reformation and John, still in his 20s, continued to work as a helper of Teresa until 1577, founding monasteries around Spain and taking active part in their government. These foundations and the reformation process were resisted by a great number of Carmelite friars, some of whom felt that Teresa's version of the order was too strict.

On the night of 2 December 1577, John was taken prisoner by his superiors in the calced Carmelites, who had launched a counter-program against John and Teresa's reforms. John was jailed in Toledo, where he was kept under a brutal regimen that included public lashing before the community at least weekly, and severe isolation in a tiny stifling cell barely large enough for his body. He managed to escape nine months later, on 15 August 1578, through a small window in a room adjoining his cell. In the meantime, he had composed a great part of his most famous poems  including  "Dark Night" published here. His harsh sufferings and spiritual endeavors are reflected in all of his subsequent writings.

After returning to a normal life, he went on with the reformation and the founding of monasteries for the new Discalced Carmelite order, which he had helped found along with his fellow St. Teresa de Ávila.He died on 14 December 1591, of erysipelas. His writings were first published in 1618, and he was canonized by Benedict XIII in 1726.

While a reader may identify the stages of the mystical experience in "Dark Night", which is San Juan’s most coherent allegory of it, he may  read the poem simply as an erotic love poem, where the lovers join in sexual union (The spiritual  marriage) , a poem which because of its intense drama, beauty, and rapture brings us, at least emotionally, to a level of ecstasy which is implicit in the mystical experience. But this is secular, not religious, mysticism, if we must use the word ‘mysticism.” In "Dark Night", perhaps the greatest of San Juan's poems,  the text alone does not provide us with certain basic characteristics of the mystical experience, such as total self-detachment from the senses, a rising toward the godhead, a dying in life from time and space; these attributes are stated in his minor poems. A spiritual reader  cannot read this poem without being aware of San Juan’s spiritual intention—the darkness and light are there and they enhance the total effect; at the same time the darkness, light, and union of lovers are presented so faithfully that the immediate meaning of the words dominates their allegorical intent. "Dark Night" is a glorification of human love of the divine as much as an intimate description of sexual union and the beauty of human tenderness of two lovers. 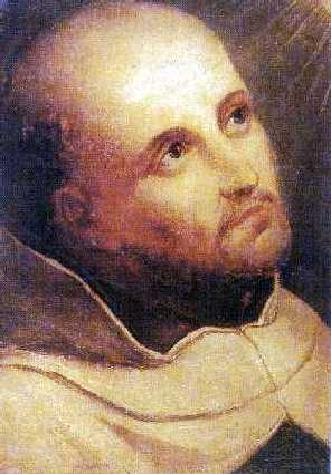