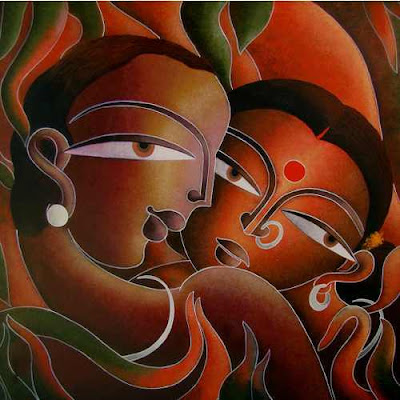 Jaime Sabines was  one of Mexico's most outstanding poets. Jaime Sabines Gutiérrez was born in 1926 in Tuxtla Gutiérrez, Chiapas, to a Lebanese immigrant father who arrived in Mexico from Cuba, and a Chiapan mother.  He came to Mexico City in 1945, where he studied philosophy and letters at the National Autonomous University of Mexico (UNAM). Beginning with the slim volume Horal in 1950 and concluding with Otros poemas sueltos (Other Assorted Poems) (1973-1993), Sabines published ten collections of poetry that have been translated into many languages and that earned him widespread critical acclaim and virtually all of his country’s major literary awards and honours.

Curiously, though, for a poet who shunned publicity and studiously avoided conventional intellectual circles, Sabines was a wildly popular figure in his native Mexico, where his rare public appearances drew hundreds of readers, prompting Elena Poniatowska to declare that “he brought poetry to the streets.”  Émile Martel, Canadian author  and Sabines translator (into Québécois French)  describes an experience of witnessing the poet perform at the Guadalajara Book Fair in 1995: “During the fair, Sabines had a reading; there was such an overflowing crowd in the lecture hall that the reading was broadcast on large screens and hundreds and hundreds of people gathered to watch him. I remember distinctly mouths moving when he read ‘Los amorosos.’ A living classic, I thought.” As a further indication of Sabines’s popularity, “Los amorosos” (“The Lovers”), the title of perhaps his most celebrated poem, also provides the title for a  Mexican movie inspired by the poet’s work and set in his beloved Chiapas.

This enormous popular appeal derives in part from his ability to communicate universal truths in an original and accessible, authentically Mexican colloquial utterly without pretensions. By contrast, the poetry of Nobel Prize winner Octavio Paz, while attractive to fellow intellectuals, is regarded by many Mexican readers as abstruse and esoteric, the product of a tenured mind. Dubbed “The Sniper of Literature” by Cuban poet Roberto Fernández Retamar, Sabines writes verse that is shockingly direct, often sardonic and irreverent, at times brutal: “There is a way/ for you to make me/ perfectly happy,/ dearest: drop dead.” He can be morbid, and autobiographical to the point where the reader senses instinctively that Sabines the poet and the man are in fact one and the same person. In his Introduction to this book in the original Spanish, the Uruguayan poet Mario Benedetti writes: “Sabines opens his intimacy, reveals his contradictions without false modesty...This pleases and shocks the reader...Sabines is almost shameless in his sincerity. His contradictions are not pretences but vital paradoxes, junctions where he confronts heart and soul. This is why they affect us so deeply, why they call to us and give rise to doubts, why they become intersections and perplexities that we feel as our own.”

Sabines wrote about everyday themes (love, death, social unrest, existential anxiety), people (us—the lovers), and places (hospitals, bars, parks, rooming houses, brothels). For over two decades he earned his living selling cloth in his brother Juan’s store in Tuxtla Gutiérrez. He later sold animal feed to buyers in Mexico City before being elected to the federal legislature from 1976 to 1979 and again from 1988 to 1991. But if the quotidian struggles of working life coloured and informed his poems, strangely, for a two-term politician who identified with the ideals of the Cuban Revolution and thought capitalism had failed, he wrote few overtly political poems, and saw no contradiction between his working and his writing lives: “Poetry happens like an accident, a mugging, a love affair, a crime; it happens every day, when, alone, a man’s heart begins to think about life.”

Beyond being a truly popular poet, he received almost universal critical acclaim for his work. “One of the finest contemporary poets of our language,” Octavio Paz said of him as early as 1972; and in 1983, when Sabines received the National Prize for Literature (Mexico’s highest literary award), the Nobel laureate added, “His intense personal opus is in my view among the most important in Latin America and the Spanish language.” José Emileo Pacheco, himself one of Mexico’s foremost poets, counted Sabines’s poems “among the finest of his language and of his times,” while Mario Benedetti regarded him as “one of the indispensible poets, not merely of Mexico but of all Latin America and the Spanish language.”

Given below are two different translations of his famous poem "The Lovers". Carberry's translation captures the spirit of the Sabines better than Merwin .

The lovers fall silent.
Love is the finest, the most shuddering,
the most unendurable, silence.
The lovers seek,
they are the ones who relinquish,
those who change, who forget.
Their hearts tell them that what they look for,
what they seek, they will not find.

The lovers go around like lunatics
because they are alone, alone, alone;
yielding, giving themselves up at every turn,
crying because they can’t hold on to their love.
Love obsesses them. The lovers live
for today; knowing little else, it’s all they can do.
They are always going,
forever heading elsewhere.
They wait—
for nothing, but they wait.
For what they know they’ll never find.
Love is a perpetual prolongation,
always the next, no, the following, step.
The lovers are incorrigible,
those who always—good for them!—have to be alone.

With serpents for arms, the lovers
are the hydra of the tale;
their neck-veins, too, swell up, serpent-
like, in order to throttle them.
The lovers cannot sleep,
for if they did the worms would devour them.

They open their eyes in the darkness
and terror seizes them.

They see scorpions beneath the sheets
and their bed floats as though on a lake.

The lovers are mad, stone mad,
forsaken of God and Satan.

Trembling and famished,
the lovers come out of their caves
to hunt ghosts.
They laugh at those who know everything,
at those who love forever, heart and soul,
those who believe in love as in a lamp filled with inexhaustible oil.

The lovers play at gathering water,
at tattooing smoke, at going nowhere;
they play the long, sorrowful game of love.
You don’t have to give in;
no one has to give in, they say.
The thought of conforming with anything mortifies them.

Hollowed out (picked clean from one rib to the next),
Death gradually distills behind their eyes,
and they cry and wander, adrift, until daybreak,
when trains and roosters bid their painful farewell.

Sometimes, the smells of damp earth, of women
who sleep, soothed, a hand between their thighs,
of trickling water, and of kitchens, reaches them,
and the lovers begin to sing between pursed lips
a song never learned.
And they go on crying, crying for
this beautiful life.

The lovers say nothing.
Love is the finest of the silences,
the one that trembles most and is hardest to bear.
The lovers are looking for something.
The lovers are the ones who abandon,
the ones who change, who forget.
Their hearts tell them that they will never find.
They don't find, they're looking.

The lovers wander around like crazy people
because they're alone, alone,
surrendering, giving themselves to each moment,
crying because they don't save love.
They worry about love. The lovers
live for the day, it's the best they can do, it's all they know.
They're going away all the time,
all the time, going somewhere else.
They hope,
not for anything in particular, they just hope.
They know that whatever it is they will not find it.
Love is the perpetual deferment,
always the next step, the other, the other.
The lovers are the insatiable ones,
the ones who must always, fortunately, be alone.

The lovers are the serpent in the story.
They have snakes instead of arms.
The veins in their necks swell
like snakes too, suffocating them.
The lovers can't sleep
because if they do the worms eat them.

They open their eyes in the dark
and terror falls into them.

They find scorpions under the sheet
and their bed floats as though on a lake.

The lovers are crazy, only crazy
with no God and no devil.

The lovers come out of their caves
trembling, starving,
chasing phantoms.
They laugh at those who know all about it,
who love forever, truly,
at those who believe in love as an inexhaustible lamp.

The lovers play at picking up water,
tattooing smoke, at staying where they are.
They play the long sad game of love.
None of them will give up.
The lovers are ashamed to reach any agreement.

Empty, but empty from one rib to another,
death ferments them behind the eyes,
and on they go, they weep toward morning
in the trains, and the roosters wake into sorrow.

Sometimes a scent of newborn earth reaches them,
of women sleeping with a hand on their sex, contented,
of gentle streams, and kitchens.

The lovers start singing between their lips
a song that is not learned.
And they go on crying, crying
for beautiful life. 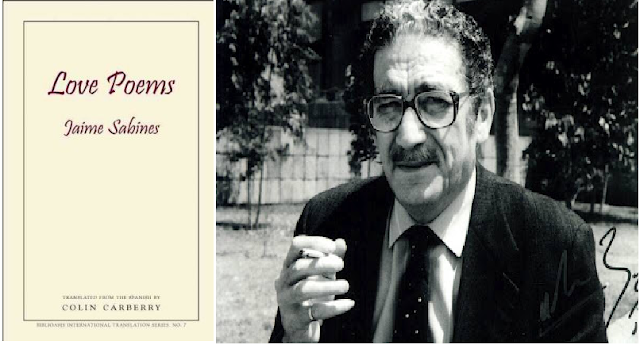