THE POEM I CAN’T YET NAME 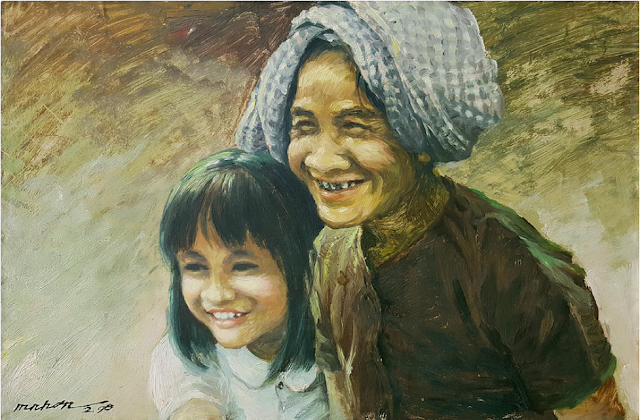 THE POEM I CAN’T YET NAME
By Nguyen Phan Que Mai (Vietnamese Poet)
Translated by Bruce Weigl (American Poet)
My hands lift high a bowl of rice, the seeds harvested
in the field where my grandmother was laid to rest.
Each rice seed tastes sweet as the sound of lullaby
from the grandmother I never knew.
I imagine her soft face as they laid her down into the earth,
her clothes battered, her skin stuck to her bones;
in the Great Hunger of 1945*, my village
was starved for graves to bury all the dead.
Nobody could find my grandmother’s grave,
so my father tasted bitter rice for sixty-five years.
After sixty-five years of searching,
spirits of my ancestors led my father and me
to my grandmother’s grave.
I heard my father call “Mum,” for the first time;
the rice field behind his back trembled.
My feet clung to the mud.
I listened in the burning incense how my grandmother’s soul
spread,
joining the earth, taking root in the field,
where she quietly sang lullabies, calling the rice plants to blossom.
Lifting the bowl of rice in my hands, I count every seed,
each one glistening with the sweat of my ancestors,
their backs bent in the rice fields,
the fragrance of my grandmother’s lullaby alive on each one.
* The Vietnamese Famine of 1945 occurred in northern Vietnam from October 1944 to May 1945, during the Japanese occupation of French Indochina in World War II. Between 400,000 and 2 million people are estimated to have starved to death during this time.
Born into the Vietnam War in 1973, Nguyen Phan Que Mai grew up witnessing the war’s devastation and its aftermath. She worked as a street vendor and rice farmer before winning a scholarship to attend university in Australia. Upon her return to Vietnam, Que Mai contributed to the sustainable development of her homeland via her work with local and international organizations including UN agencies. She is the author of eight books of poetry, fiction, and non-fiction in Vietnamese.
Her poems are fiercely loyal to the sentiments they gracefully express, which is what we mean when we talk about honesty in poetry. Ms. Nguyen is never hesitant to take on grand ideas, and never hesitant to rely on a sometimes raw and direct talk in order to expose the phenomena of our lives. She is a poet of a Vietnamese version of romanticism, in which she finds her subjects among the so-called ordinary lives of so-called ordinary people, and she celebrates not the accomplishments of kings or emperors, but of regular Vietnamese citizens, like the grandma in the poem, who have struggled to stay alive, feed their families, and find their way back home after long, war-inflicted years of exile and despair. Hers is a poetry that instructs us on how to live more fully in the world, and reaffirms the power of clear-headed and direct poetry to transform even our darkest hours into deeply abiding lessons on the complexities of history, time, and love.
Ref: The Secret of Hoa Sen by Nguyen Phan Que Mai. Translated by Bruce Weigl 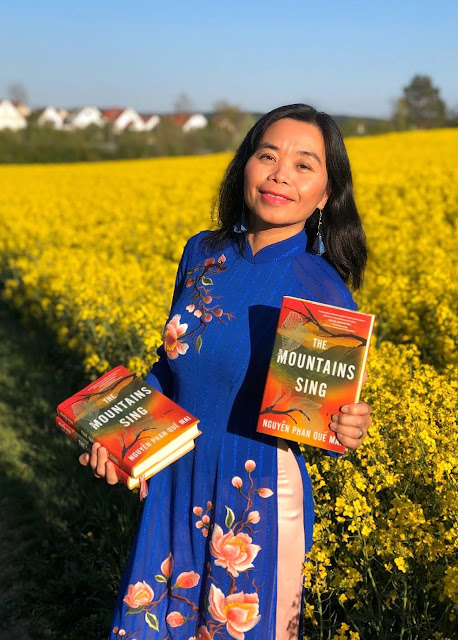