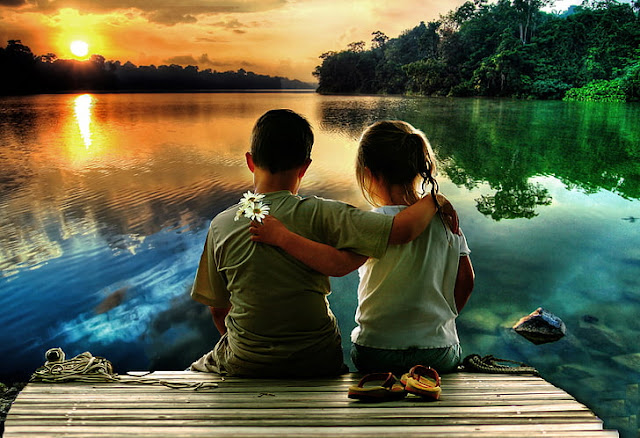 It was where the wooden pier juts out
above the sea at Porto Corsini
and a few men, almost immobile, drop
and pull up nets. With a wave
of your hand you pointed at the unseen
land across the sea - your own.
Then we followed the canal
back to the heart of town, shiny with soot,
a flat lowland where paralyzed April
was sinking, empty of memories.

And here where an ancient life
is dappled with a soft
oriental worry,
your words made a rainbow
like the scales on a stranded fish.

Your unrest reminds me
of those great birds of passage
who brain themselves against beacons
during evening storms :
your sweetness itself is a storm
whirling invisibly
and its calms are even rarer.

I don't know how you manage,
exhausted, in your
heart's great lake of indifference;
maybe some charm protects you,
one you keep near your lipstick,
powder-puff, nail-file: a white mouse
carved in ivory; and so you survive!

Now in your own Carinthia
of flowering myrtles and ponds,
you lean at the brink to watch
the shy carp gaping,
or follow beneath the limetrees
the slow kindling of evening
among their ragged peaks
and, down in the water,
a blaze of awnings from the quays and houses.

The evening, extended
over the humid inlet
brings, with the buzzing of motors,
only the cries of geese,
and the snow-white porcelain
interior, tells in the blackened
mirror, that sees you changed,
a story of cool mistakes
etching it in with acid
where the sponge can't reach.

Your legend, Dora !
But it is written already
in the looks of those men
with high, weak whiskers
in the big, gold portraits;
it returns in each chord
the cracked harmonica utters
at the far edge of twilight,
later and later.

It's written there. The evergreen
laurel survives for the kitchen,
the voice hasn't changed,
Ravenna's a long way off
a fierce faith distils poison.
What does it want of you?
Nobody has to surrender
voice, legend, or destiny.
But it is late, it's always
later and later.

It was where the wooden bridge
spans the high tide at Porto Corsini
and a few men, almost motionless,
sink or haul in their nets.
With the flourish of a hand you signaled
your true country on the other, invisible shore.
Then we followed the canal
to the city dock, slick with soot,
in the lowland where a listless spring,
devoid of memory, was sinking.

And here, where an ancient life
diffracts in a gentle
Oriental anxiousness,
your words were iridescent like the scales
of a dying mullet.

Your restlessness reminds me
of those migrant birds that hurl themselves
at lighthouse beams on stormy nights:
your sweetness is a storm as well,
that clouds up and won't show itself;
its periods of rest are rarer still.
I don't know how
you hold on, spent,
in the lake of indifference your heart is:
maybe what saves you is an amulet
you keep with your lipstick, powder, file:
a white ivory
mouse; and so you live!

Now in your Carinthia
of Rowering myrtle and ponds,
you lean at the rim and watch
the timid carp gasp, or follow
over the lime trees and steep
eaves dusk lighting up,
and on the water a flaring
of curtains from pensions and docks.

The evening that stretches out
on the wet bay only brings
the wail of geese with the motors' throb
and a snow-white majolica
interior tells the darkening
mirror that sees you different
a tale of unperturbed
wandering, etching it
where the eraser can't reach.

Your legend, Dora!
but it's written already
in the stares of men with proud,
thin whiskers in heavy gold frames,
and echoes in every
chord the broken
spinet emits as night falls,
later every evening.

It's written there. The evergreen
laurel for the kitchen lasts,
the voice won't change, Ravenna's far,
a savage faith distills its venom.
What does it want from you?
Voice, legend, destiny
nothing's surrendered . . .
But it's late, always later.


Eugenio Montale, the great Italian poet and Nobel Laureate of 1975, originally wrote this poem (now one of his most famous) in honour of a woman he had never met. In 1928 he received a letter from a friend staying in Austria at the home of this Dora Markus. The friend was particularly taken with the beauty of his hostess’s legs and suggested that Montale write a poem about her. For inspiration, he enclosed this photograph of Dora’s legs, from the mid-thigh down 😊.

This poem is made up of two sections: the first part written in 1928 (inspired by the words of Bobi Bazlen, his friend, about the beauty of a young woman from Moldavia called Dora Markus), and the second part written in 1939 with the explosion of WWII and the persecution of the Jews. Bobi Bazlen letter to the poet had these words: «Gerti and Carlo are well. In Trieste, a guest, a friend of Gerti’s, with fantastic legs. Write her a poem. Her name is Dora Markus». The Gerti, whom Bazlen mentions, is Gerti Fránkel Tolazzi , a Jewish woman from Carinthia. The two women merges in the second part of the poem and thus Gerti is superimposed on the figure of Dora. Homeland, therefore, may refer to Moldavia, where Dora was born, or Carinthia, home of Gerti Frankl . The tone of the poem becomes darker in the second section, where the shadow of the racial laws on the life of Dora-Gerti has already fallen. This complicated intertwining of psychic and fantastic projections underlines the dark vision of the reality of 1939, and the horrors of what was to come, the diaspora, which forced so many to migrate (like the birds in the storm mentioned  in the poem): Dora and Gerti were forced to escape to the USA because of the racial laws of the time.

The beginning of the poem describes a scene from the port of Ravenna; the high seas, with motionless fishermen sinking or drawing net. Dora from the port of Ravenna indicates an invisible "shore", an unknown place which is her "true homeland". The poet imagines Dora speaking to him in restless tones, and her heart seems like  a "lake of indifference". The contrast of her soul, split between external sweetness and internal restlessness, is rendered through the oxymoronic expression like “your sweetness itself  is a storm”. The “white mouse carved in ivory” is the saving amulet or lucky charm that allows Dora to exist, and overcome her anxiety and restlessness. Here in this section, the portrait of Dora is a woman who masters with persistent self-control the swirling motions of affections and the pitfalls of fate, manifesting in her acts a permanent sweetness, which betrays, without revealing to us, the shocks of the inner storm.

The second stanza continues the water imagery of the first but with a crepuscular mood. We move from Ravenna we pass to Carinthia in Southern Austria, Dora's or Gerti’s homeland and probable destination of her wandering as an exile. Montale reconstructs the woman's home environment and underlines the story (that of a Jewish woman on whom the “ferocious faith” of the Nazi persecution is about to fall) to allude between the lines to a more general existential and historical failure.  Here her character crystallizes in an immobile quiet, with an idyllic appearance: in this remote oasis, in the peace of her land, the woman has buried herself forever.  Ravenna is far away but she knows there is no place where she really feels like home. Montale cunningly modulates from innocuous goose squabbles and an interior snow-white with China (Majolica is Italian earthenware like china) to a mirror whose tarnish accords with Dora’s change: “a tale of unperturbed/ wandering, etching it/ where the eraser can't reach”. Dora is almost subliminally. Associated with the wandering of the Jewish race. Dora’s legend is both personal and racial. The "gold portraits" of his ancestors express the melancholy of the vision of a civilization at sunset; one hears the imminence of war, expressed by the " in each chord/the cracked harmonica utters/at the far edge of twilight, /later and later”. The fate of that woman and her time seems to be marked in a way that no one can stop. 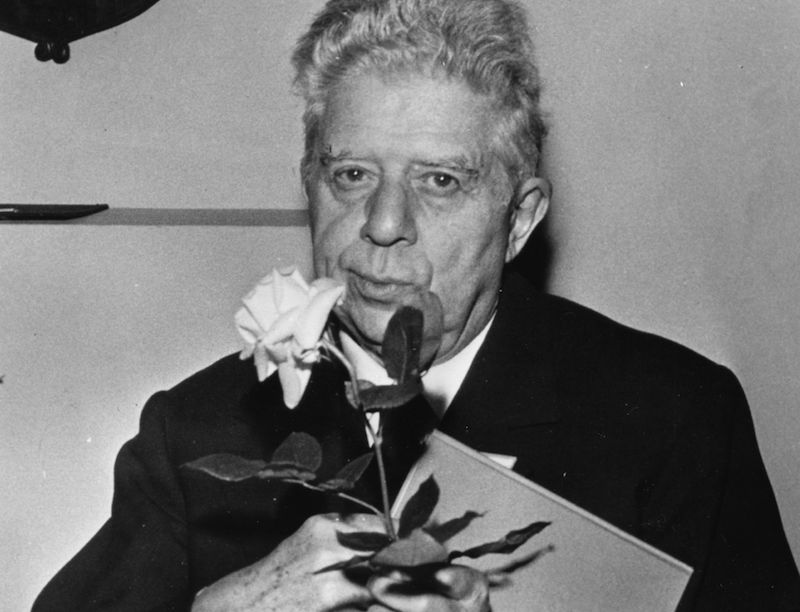