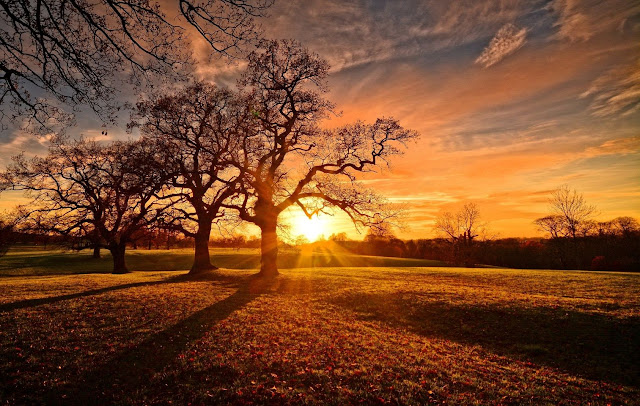 Recovery 31
By Rabindranath Tagore
Translated by Wendy Barker and Saranindranath Tagore
From time to time I feel the moment for travel has come.
On the day of leaving, cast a veil
of humble sunset-glaze,
Let the time to leave
be quiet, still. Let no pompous memorials
build the hypnosis of grieving.
Let the lines of trees by the departure door
bestow the tranquil chanting of earth
on quiet heap of leaves.
Let night’s soundless blessings slowly descend,
iridescent offerings of the seven stars.
(Written sometime between 22 December 1940 and 2d January 1941)
The brilliant and immensely prolific Indian writer and Nobel Laureate  Rabindranath Tagore (1861-1941) is known the world over for his accomplished works in an astoundingly wide range of genres: fiction, short stories, poetry, drama, and essays. During the final year of his life, while suffering from the painful illness that would eventually end in his death, Tagore completed four volumes of poetry that expressed the emotional turmoil of facing one's own imminent extinction. Tagore's last poems, beautifully translated by his great grand nephew and the American poet Wendy Barker , are poignant and moving.
Written while Tagore was in extreme pain and moving slowly but inexorably toward death, this poem depicts his sombre mood. It is compact, elegiac, poignant, contemplative, and riveting.
One is amazed at the immensity of sadness that permeates his last poems. 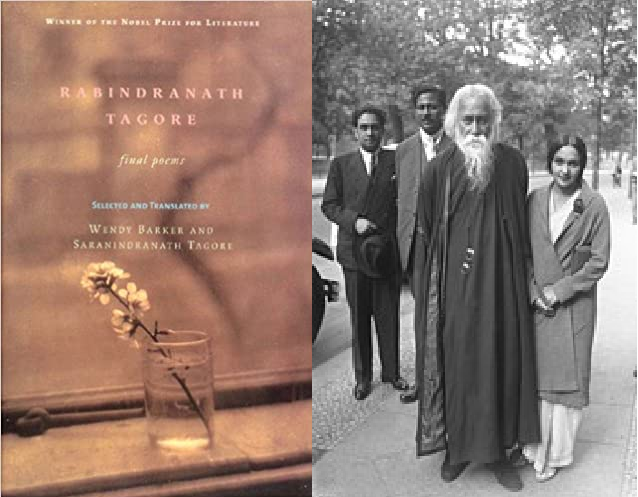