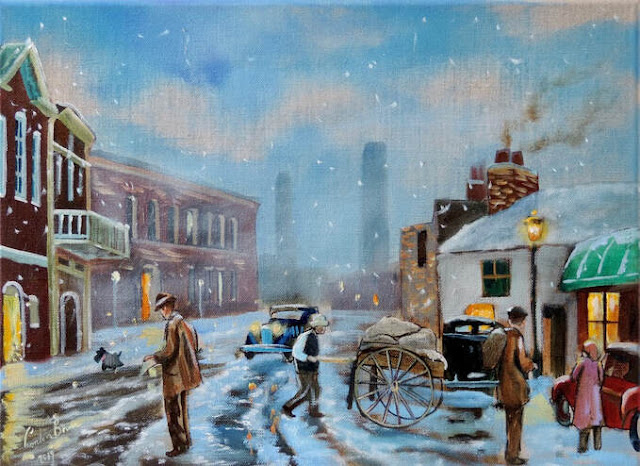 TRANSLATED FROM THE UKRAINIAN BY
VIRLANA TKACZ AND WANDA PHIPPS

With the post office in the slow thaw
and the morning department stores filled with pizza delivery boys,
you easily grab the things you need daily:
the pipe with hashish
and the cup of tea,
the thick mug covered with honey—
you avoid drafts and correspondence;

a view of the city, fallen silent,
the street trade is not very lively at this hour,
two or three vendors with roasted chestnuts
look at the sky,
and the snow is falling, but so aimlessly
that it melts before it reaches the
flocks of birds;

and so the birds play—
overhead there’s so much snow,
but it’s so empty under their wings
that they want to fly endlessly under low bridges,
catching the smell of roasting chestnuts in their beaks;

everyone can find something, if they only look carefully,
angels pour coarse sand and diamonds under your feet,
the sun is so helpless in the middle of winter,
all it can do is simply move—
from East to West, dear,
from East to West.

Serhiy Zhadan is “Rock-Star poet,” “poet laureate of Eastern Ukraine” and Ukraine’s “most famous counterculture writer,” as labeled by the New York Times, the New Yorker, and the London Review of Books.

Many of Zhadan’s poems are persona poems, in which the lives and narratives intertwine and lay out the fabric of the country. Zhadan’s poems depict extraordinarily the lives of working-class Ukrainians struggling against an implacable alien machine dedicated to eating their very identities, their souls if we can say that, whose road to the future seems blocked at every turn by oligarchs and remnants of a Russian past in which Ukrainians were forced away from their country’s heritage.

Zhadan’s poetry comes direct from the land, from Ukraine itself. It’s a Canterbury Tales of Ukrainian common people. And who are the common people? Farmers. Soldiers. Drug dealers, contrabanders, street people, youth in all variety, poor students, owners of small businesses, both legal and illegal—in Ukraine there are plenty of each, and it’s often difficult to tell the difference. Zhadan is the voice of immigrants. He’s spiritual, if guns and sweat and a stand against hypocrisy make one spiritual. He says he’s a punk proletariat, and I find no reason to argue with that. He’s a moral compass, but never preachy. His is the morality that reads real on the streets. He sees god in your heart, and everyone has their own god. He’s the hardest-working poet in the country, but he makes it seem effortless. He’s a tender father, with two children.

The description of what life looks like on a sluggish winter morning in this poem has a visual quality. Then that illuminating line, “everyone can find something, if they only look carefully,”, makes you pause and think.

From "What We Live For,What We Die For:Selected Poems by Zerhiy Zhadan
Translated from the Ukrainian By Virlana Tkacz And Wanda Phippsv.Foreword By Bob Holman. Yale University Press New Haven & London 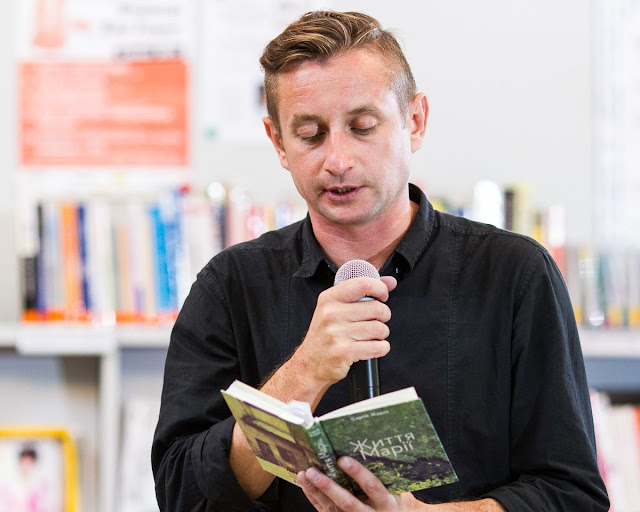 Labels: pgr nair, Ukranian Poetry, Virlana Tkacz, Wanda Phippsy, What We Die For, What We Live For, Zerhiy Zhada