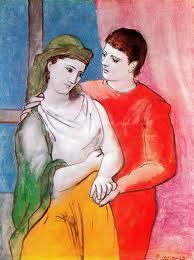 Sonnet 23
By Garcilaso de la Vega
(c. 1501 – October 14, 1536 - Spanish poet)
Translated by Wills Barnstone
While there is still the color of the rose
and lily in your face, and your bright gaze
in its sincerity can set ablaze
a heart, and yet control the flame it shows;
and while the vivid flying wind still blows
and tangles up and knots the golden maze
of your soft hair hanging in a white haze
about your slender white neck and dark clothes,
consume the sweet fruits of your happy spring
before the sullen blast of time can chill
the lovely hilltop in a glaze of ice.
The rose will wither in the snowy wind
and cunning age will alter all at will,
for time can be controlled by no device
To anyone interested in Spanish literature, Garcilaso de la Vega needs little introducing. Ever since his poems were first published in 1543, seven years after his death, he has been one of Spain’s most popular and critically acclaimed poets.
He has all the attributes of a romantic hero: noble, brave, cultured, apparently modest and without affectation. He served the emperor Charles V well, fighting in at least four campaigns, in two of which he was wounded. He died at the age of thirty- six in a military action. He had a number of love affairs but, in the popular conception, just one true love, the woman who inspired his best poetry and was, fortunately for Spanish literature, unattainable.
This one is one of Garcilaso’s most famous poems. It is an appeal to a young lady to enjoy the fruit of her youth before fleeting time destroys it. The source of the theme is classical: the “Carpe diem” (“Enjoy the day”) of Horace, and the “Collige, virgo, rosas” (“Gather, maiden, the roses”) from Ausonius. The sonnet is more of a meditation on time and its effects than a love poem. The speaker in the poem seems to be the poet himself giving advice to a young lady. This young lady is also the object of the speaker’s love which can be seen through the imagery used to describe her beauty. The speaker seems to be in a peaceful, serene setting advising his love to take advantage of her youth ('Consume the sweet fruits of your happy spring').
The image of a withering rose represents the changes that happen with time and age. The images associated with spring are of newly bloomed life and youth. The images of an angry snow (glaze of ice), which refers to winter, are of withering life and old age. The choice of feminine beauty as a means to convey time’s power is a universally recognized one. Garcilaso's lines express an elegant despair. His world is pure, yet the emotion, however distilled and dictated by convention, is genuine. He is a young man, apparently endowed with all good things -handsome appearance, position, love, poetry; but his poems speak constantly of the frustration of all things, the cruelty of time, the slow poison that is life itself. In Garcilaso the beauty of grief was transformed into the perfection of art. We all grow old and, as the saying goes, “time waits for no man … or woman.
(From "Six masters of the Spanish Sonnet" by Wills Barnstone). Photo-Painting by Picasso 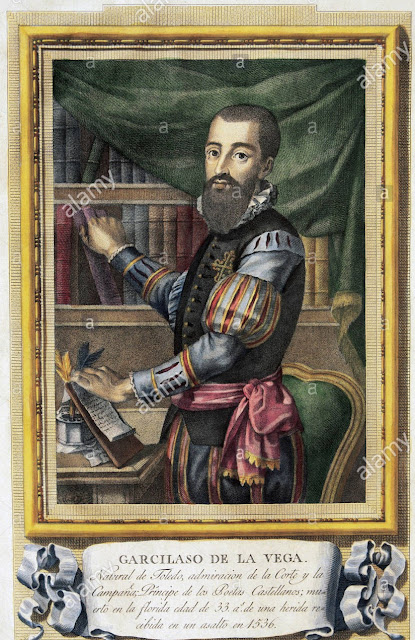