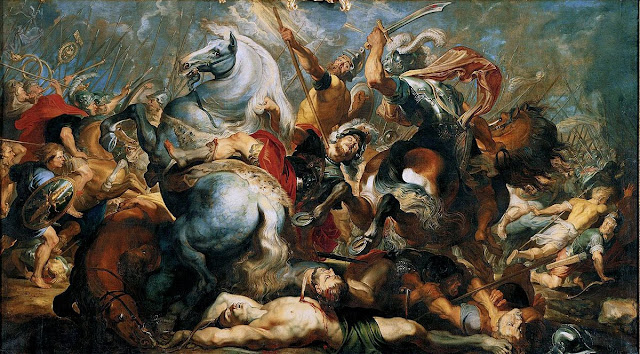 How magnificent the war is!
How eager
and efficient!
Early in the morning,
it wakes up the sirens
and dispatches ambulances
to various places,
swings corpses through the air,
rolls stretchers to the wounded,
summons rain
from the eyes of mothers,
digs into the earth
dislodging many things
from under the ruins . . .
Some are lifeless and glistening,
others are pale and still throbbing . . .
It produces the most questions
in the minds of children,
entertains the gods
by shooting fireworks and missiles
into the sky,
sows mines in the fields
and reaps punctures and blisters,
urges families to emigrate,
stands beside the clergymen
as they curse the devil
(poor devil, he remains
with one hand in the searing fire) . . .
The war continues working, day and night.
It inspires tyrants
to deliver long speeches,
awards medals to generals
and themes to poets.
It contributes to the industry
of artificial limbs,
provides food for flies,
adds pages to the history books,
achieves equality
between killer and killed,
teaches lovers to write letters,
accustoms young women to waiting,
fills the newspapers
with articles and pictures,
builds new houses
for the orphans,
invigorates the coffin makers,
gives grave diggers
a pat on the back
and paints a smile on the leader’s face.
The war works with unparalleled diligence!
Yet no one gives it
a word of praise.

Dunya Mikhail was born in Baghdad, Iraq, and moved to the United States thirty years later in 1995. After graduating from the University of Baghdad, she worked as a journalist and translator for the Baghdad Observer. Facing censorship and interrogation, she left Iraq, first to Jordan and then to America, settling in Detroit.

"When I think of war, for me, it's by default a ... lose-lose case," the poet tells in an interview with Renee Montagne. "I believe there's no winner in the war because, you know, the killed one dies physically and the killer dies morally. So they are both dead." Speaking almost entirely by means of list and documentation, this poem shows the transmutation of recorded events when they are drawn into poetry’s more complex awareness. Alternating between journalistic reportage, parable, fable, and lyrical lament, Mikhail records the process of losing a country.

At the surface, the description here may seem detaching, chilling and unnerving. Mikhail’s overt stance is quietly, subliminally, shocking: we are asked to bring sympathy to this personified War, whose side is rightly unchampioned even by those who wage it, since a victory of any kind would be its end. The strategies of coldness in this poem are threefold: documentary’s rhetoric of objectivity; irony; and synecdoche (a literary technique where the mind’s comprehension of a whole from its parts) . We feel, in such a list, that what is named could potentially continue without end. Mikhail’s list extends beyond itself, to every part of human life and culture. Interestingly, she doesn’t spare even herself (as it gives themes for poets to write poems) and ironically devil too (‘stands with one hand in the searing fire’) .

She has the knack for finding the unexpected angle that can illuminate a situation afresh. The poem’s effect reader begins to be felt at another level as well. Over its recitation, we begin to feel war’s unselective and scathing appetite, the ways in which no one nearby, complicit or innocent, remains untouched. And then at some further, even more deeply subliminal level, we recognize prosperity too: a person able to imagine the happy industry of prosthetic and coffin makers is a person not entirely bludgeoned by fate though it may sound  sadly ironical.

What propels the poem, however, is the repetition of the phrase “It wakes up…” which becomes “It produces…” and then “It inspires…”, etc. Also, the cataloging of actions verbs (the same sort of words you might encounter in a resume) speeds the poem up considerably, until you are finally slowed down by the final thought-provoking lines. 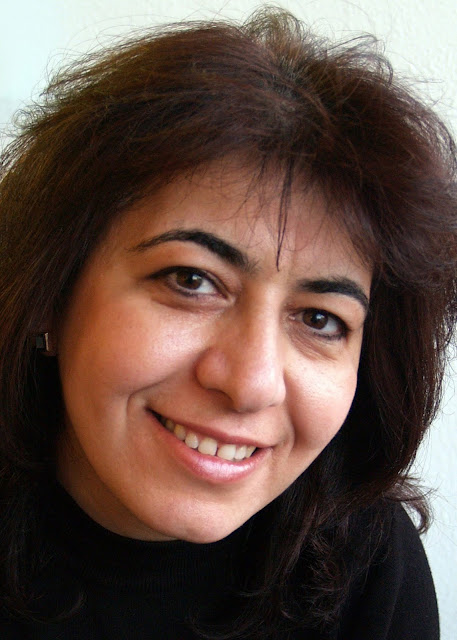