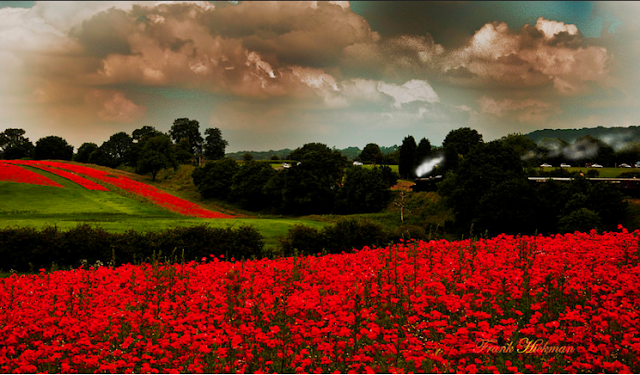 By Attilio Bertolucci
Translated from the Italian by Geoffrey Brock

This is a year of poppies: our land
was brimming with them as May burned
into June and I returned—
a sweet dark wine that made me drunk.

From clouds of mulberry to grains to grasses
ripeness was all, in the fitting
heat, in the slow drowsiness spreading
through the universe of green.

glow of a stormy evening, but the pain
gave way humanely to the light
coming on inside the house for another meal
in air made cooler by hail

letting off steam in the distance.
Attilio Bertolucci was one of the greatest poets of Italy. Born in 1911, Attilio Bertolucci published his first book of poems at the age of 18. His second, published in 1934, was recognised and favourably reviewed by Eugenio Montale, the Nobel Laureate. There followed a period of silence, broken in 1951 by The Indian Wigwam, which won the Viareggio Prize. He has also published two bestselling volumes of a novel in verse, La camera da letto, a kind of family history about his parents and childhood, and his love for Ninetta, the mother of Giuseppe and Bernardo Bertolucci, his two famous film-director sons. A frequent cause of pleasure and also disquiet in Bertolucci's poetry is his sense of time, the calm fire of the days. The critic Paolo Lagazzi speaks of Bertolucci, although slowly bleeding to death because wounded by time, as also drawing from time 'all the gifts, colours, sweetnesses still possible - while darkness and winter advance without truce'. Attilio Bertolucci won the Montale Prize in 1989, and in 1992 the most prestigious of all Italian prizes, that of the Accademia del Lincei.
This poem can be considered as the poet’s midlife musings. It is a stage where you are mature and your children depart from your life one after another seeking their shores of contentment. The line ‘Ripeness was all" is an echo of a line in Shakespeare's King Lear: "Men must endure their going hence, even as their coming hither: Ripeness is all." It speaks to being ready for inevitable death, but also, savoring your life and making the most of every moment until the end. While the line (spoken by Edgar to Gloucester in King Lear) comes from a play about fathers and their children, there’s nothing in the poem to suggest the paternal agonies that are the stuff of Lear. Rather, the subject of this mid-year, mid-life poem is the painful but proper experience of seeing one’s children leave home and make their way into the wider world. (Where, by the way, they seem to have done pretty well as Bertolucci’s sons are both highly regarded filmmakers.)
The word “humanely” in line fourteen (the pain gave way humanely to the light) seems almost to impart personification to the entity of “pain.” It would be such a different poem were it not for that light coming on when it does—showing that, though the sons have set out alone, they haven’t left the speaker alone: the light is the sign of some ongoing companionship, which seems to ease his losses. And the storm passes, having actually improved the quality of the evening (‘air made cooler by hail’) . “Poppies” strikes the reader as a rare poem in which the bitter and the sweet find a nearly perfect balance. 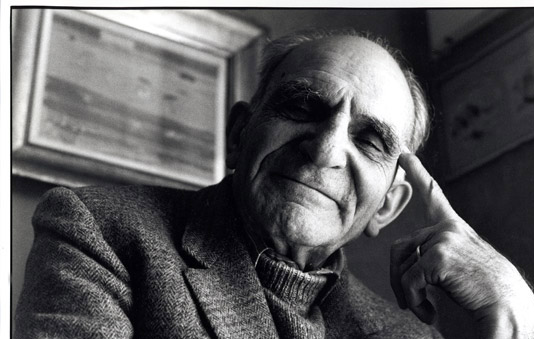