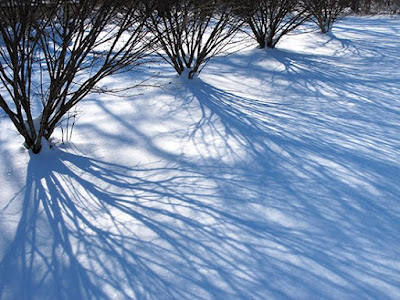 The shadows creep in across the clearing
like cool, quiet friends
after a burning day

Our mind is a silent
kingdom of shadow.
And the shadows creep inward
with their friendly riddles
and their twilight blossoming.

Tarjei Vesaas, one of Scandinavia's greatest fiction writers, has been less well known as a poet. Roger Greenwald, the leading translator of Scandinavian poetry, has impeccably translated Vesaas’ poems in the award winning book ‘Through Naked Branches’.  Tarjei Vessas’  poems are often narrative and carry  symbolistic overtones even when the apparent canvass is rooted in rural landscape. There is a sense mystery and an element of angst apparent in many of his poems. His poems are intuitive and allusive in their theme and development. Aspects such as man’s alienation, search for meaning, gloominess of existence, death, search for meaning in life are captured more with an acute aural sensibility than visual (Roger Greenwald  states in his insightful introduction that Vesaas is more fascinated by the mute and aural elements in nature than visual)  in many of his poems. Through his allegiance to Norwegian  Oral traditions, Vesaas crafts stunning and deeply perceptive poems with sparse vocabulary, pregnant pauses,  mystical and associative imageries, murmurs and assonances.

This poem starts on a benevolent tone and gradually builds up with playful adjectives and imageries (friendly riddles/ twilight blossoming)  to a somber finale with that racking question –‘Are you here already, /my dark flower.’ 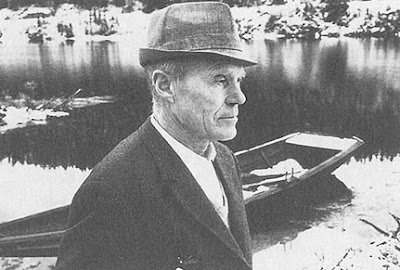 From : Through Naked Brances : Selected Poems of Tarjei Vesaas. Translated by Roger Greenwald. Princeton paperbacks
Posted by PGR Nair at 2:05 AM