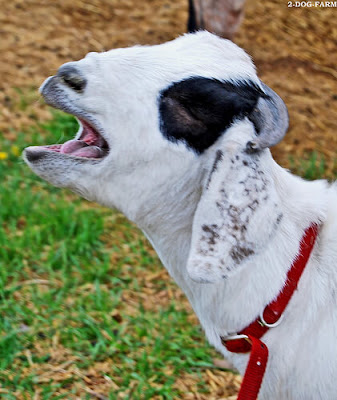 I had a conversation with a goat.
She was tied up, alone, in a field.
Full up with grass, wet !
with rain, she was bleating.

That monotonous bleat was brother
to my own pain. And I replied in kind, at first
in jest, and then because pain is eternal
and speaks with one voice, unchanging.
This was the voice I heard
wailing in a lonely goat.

In a goat with a Semitic face
I heard the cry of every woe on earth,
every life on earth.

Translated by Geoffrey Brock
I've spoken to a goat.
She was alone in the field, she was tethered.
Sated with grass, drenched
with rain, she bleated.


Her steady bleating bothered
my own grief. And I replied-at first
in jest, then because the voice of grief
is one unchanging everlasting note.
This was the voice
moaning out of the solitary goat.
Out of that goat with its Semitic face,
came grievances regarding every evil,
from every throat.
I love poetry were the conscious personal presence of the poet adds impact to the poem. There exists a permeable membrane between the inner and outer realities of the poet. Expressing this interplay effectively requires not only skill and sensitivity but also self-awareness.
This is a poem of revelation, hinging on the moment where the speaker bleats back at the goat--"at first in jest, then because the voice of grief/  is one unchanging everlasting note." It is also a moment of recognition, as mockery turns to empathy.
From here the recognition of the universality of this primal sound of pain opens outward, as the speaker recognizes the goat as having a "Semitic" face. Saba was of Jewish descent and forced to flee his native Italy due to fascist racial discrimination laws instituted during World War II. Here he not only sees the goat as one of his "people" ethnically but recognizes the sound of pain within its bleat as representing "grievances regarding every evil,/from every throat."
The poem effectively explores the interplay between the outer experience of the lonely goat and the inner experience of the speaker's own pain through this moment of well-observed revelation. The moment is also well-observed outwardly, as the recognition of the universality of pain is not forced down upon the poem through artificial means--it is drawn out through the external description of both man and goat.
In this way, Saba gives us a poem with a certain veracity akin to the bleating itself. He is alive to the experience of man and goat, reporting the interplay between inner and outer, between the "I" and the observed goat, in a way that does not feel forced. Instead, through this recognition and report, we are given a powerfully symbolic account that feels genuine, and strikes us as a momentary but essential remark on the human (and animal) condition. 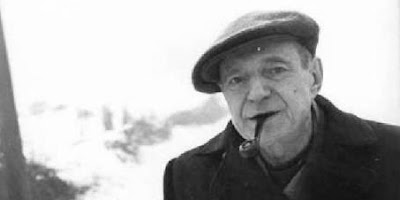