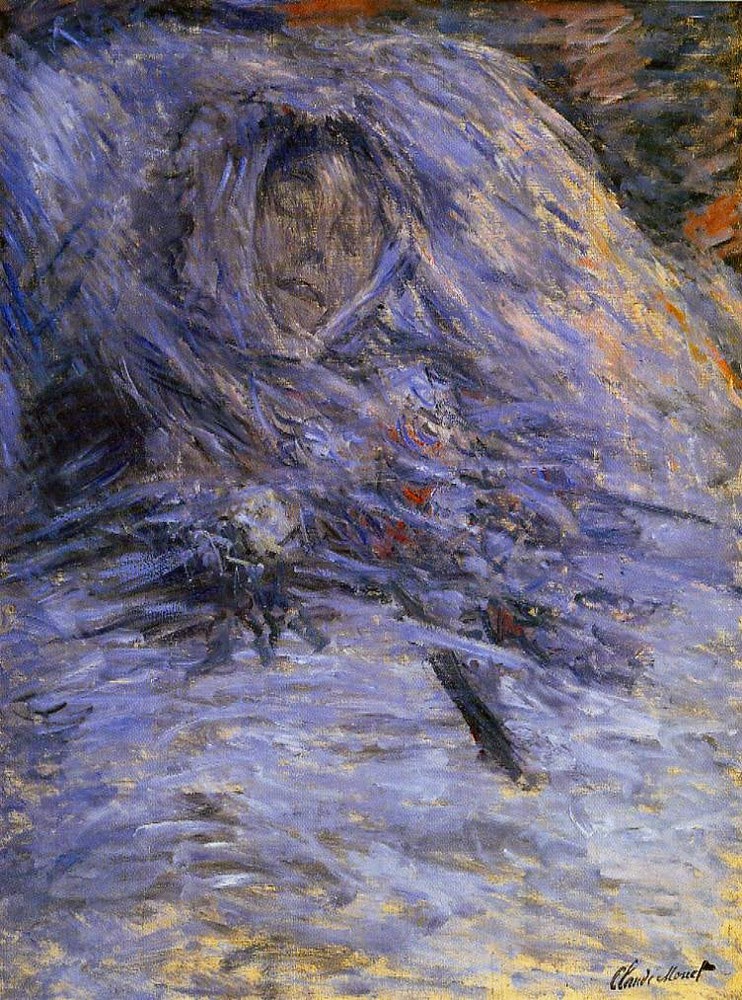 Before I know it, winter and spring depart,
cold and heat suddenly trading places,
and she has gone to the deepest springs;
heaped earth forever seals her apart.
My secret longings I cannot fulfill;
what good would it do to linger there?
Swearing allegiance to the sovereign's command,
I turn my heart back to former tasks.
But seeing the house, I think of her;
entering its rooms, I recall the past.
Curtains and screens hold no shadow of her;
her writings the only trace that remains,
the drifting scent that never quite fades,
her things left forgotten, hung on the wall.
Dazed by longing , I think she is here,
then come to myself with twinge of pain.
We were a pair of birds winging to the wood,
mated, then suddenly one morning alone;
a pair of fish swimming the stream,
eye to eye, then parted midway.
Spring wind filters in through the cracks,
morning rain drips down from the eaves;
lying at rest, when will I forget?
Each day I sink into deeper sorrow.
Perhaps a time will come when it will fade
and I, like Chuang Tzu , can pound the tub.

P'an Yueh (247-300) , along with Lu Ji, was among the finest poets of his time, but only twenty of his poems have survived the centuries. He was born in today's Henan province to a family of officials, and he himself held a succession of important official posts. As legend has it, his extraordinary beauty was such that he was mobbed by crowds of women when driving through the streets of the capital. His involvement in a political scheme against the crown prince led to his execution in 300. His three poems to his dead wife are his most famous works, though he was also renowned as a writer of rhyme prose

Reading this beautiful lament left me misty eyed. Transition of one's beloved is something that takes years to accept, absorb and reconcile with.  Burton Watson has sensitively captured the feelings and emotions of the poem.

Note: When the Chinese philosopher Chuang Tzu lost his wife, he grieved for her like other men, but in time he became reconciled and spent his days singing and pounding on a tub.

The line ending 'I cannot fulfill ' indicates his desire to join his wife by committing suicide at her grave.