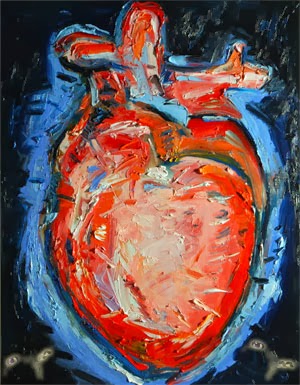 If Half My Heart Is Here, Doctor,

The Other Half Is In China

With The Army Flowing

Toward The Yellow River.

And, Every Morning, Doctor,

Every Morning At Sunrise My Heart

Is Shot In Greece.

And Every Night, Doctor,

When The Prisoners Are Asleep And The Infirmary Is Deserted,

My Heart Stops At A Run-Down Old House

And Then After Ten Years

All I Have To Offer My Poor People

Is This Apple In My Hand, Doctor,

And That, Doctor, That Is The Reason

For This Angina Pectoris-

Not Nicotine, Prison, Or Arteriosclerosis.

I Look At The Night Through The Bars,

And Despite The Weight On My Chest

My Heart Still Beats With The Most Distant Stars.

NAZIM HIKMET was the greatest Turkish poet of twentieth century. Like Whitman, Hikmet speaks of himself, his country, and the world in the same breath. At once personal and public, his poetry records his life without reducing it to self-consciousness; he affirms reality of facts at the same time that he insists in the validity of his feelings. His human presence - playful, optimistic, and capable of childlike joy- keeps his poems open, public, and committed to social and artistic change. And in the perfect oneness of his life and art, Hikmet emerges as a heroic figure.

His early poems proclaim this unity as a faith: art is an event, he maintains, in social as well as literary history, and a poet's bearing in art is inseparable from his bearing in life. The rest of Hikmet's life gave him ample opportunity to act upon this faith and, in fact to deepen it. As Terrence Des Pres observes, Hikmet's exemplary life and special vision - at once historical and timeless, Marxist and mystical - had unique consequences for his art: Simply because in his art and in his person Hikmet opposes the enemies of the human spirit in harmony with itself and the earth, he can speak casually and yet with a seriousness that most modern American poets never dream of attempting.

The increasingly breathless pace of his late poems such as in this one conveys the never-ending agony of man in all corners of this universe and his eagerness and heroic temper to embrace the pain of all humanity. There is sense urgency in many of his poems as if time is accelerating for him and it hooks the reader . 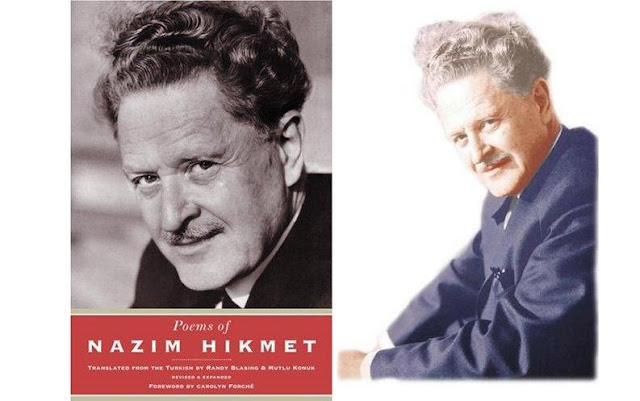