View with a Grain of Sand 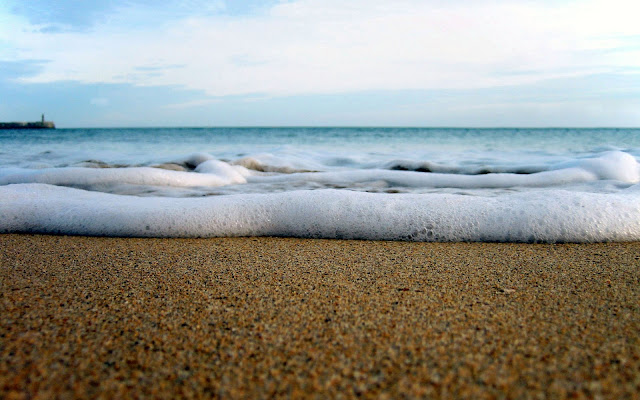 View with a Grain of Sand

We call it a grain of sand,
but it calls itself neither grain nor sand.
It does just fine without a name,
whether general, particular,
permanent, passing,
incorrect, or apt.

Our glance, our touch mean nothing to it.
It doesn't feel itself seen and touched.
And that it fell on the windowsill
is only our experience, not its.
For it, it is no different from falling on anything else
with no assurance that it has finished falling
or that it is falling still.

The window has a wonderful view of a lake,
but the view doesn't view itself.
It exists in this world
colorless, shapeless,
soundless, odorless, and painless.

The lake's floor exists floorlessly,
and its shore exists shorelessly.
Its water feels itself neither wet nor dry
and its waves to themselves are neither singular nor plural.
They splash deaf to their own noise
on pebbles neither large nor small.

And all this beneath a sky by nature skyless
in which the sun sets without setting at all
and hides without hiding behind an unminding cloud.
The wind ruffles it, its only reason being
that it blows.

A second passes.
A second second.
A third.
But they're three seconds only for us.

Time has passed like a courier with urgent news.
But that's just our simile.
The character is invented, his haste is make-believe,
his news inhuman.

Written by one of my all-time favourite Poets, this poem by Wislawa Szymborska, the Polish Nobel Laureate, makes us think laterally about objects and things we see and name.

The central idea in the poem – that everything is relative – is something that we as humans often don’t reflect upon, something we forget. The poem presents the thought that, without people to give meaning to inanimate objects, they would not be important. It points out that the objects do not know their names or their purposes. Sand does not know that it is sand! It is sand to us alone – it is relative to our existence, just like all other lifeless objects.


The poem is a landscape word painting with a twist. Instead of presenting readers with a scene featuring a beach or a lake, Szymborska engages in a metaphysical exploration of physical identity and its relationship to language. We are shown (close-up) a grain of sand falling on a windowsill with a view of a lake beyond, but there is more to the poem’s subtext.


The first stanza introduces the abstract concept o naming—by beginning with “We call it a grain of sand / but it calls itself neither grain nor sand”. The speaker says that what we call sand “does just fine” unburdened by linguistic tags whatever their character, “general, particular, / . . . / incorrect or apt.” The second stanza notes, “Our glance, our touch mean nothing to it”; it is the viewer who sees the grain fall “on the windowsill.” Being unsentient matter, the grain of sand neither feels its environment nor knows it in any human sense. As the third stanza puts it, even “a wonderful view of a lake” has no self-consciousness. The view, like the grain of sand, “exists in this world / colorless, shapeless, / soundless, odorless, and painless.” The senses are what endow human views of the universe with phenomenal qualities (relating to seeing, touching, hearing, smelling, and tasting), and all human languages are born of human experience and perspectives.


Matter in itself obviously exists, but not in any indispensable contact with language: The lake’s water “feels itself neither wet nor dry,” and its waves “splash deaf to their own noise.”
The poem ends with two stanzas on the topic of time. Three seconds are said to have passed, but only the poet and her “audience” have measured and counted them. Humans invent similes (the poem’s speaker says) comparing the universe to themselves and wrap their own terms around things, likening, for instance, the passage of time to the actions of certain “characters”: e.g., “Time has passed like a courier with urgent news.” But the identities we confer on inhuman matter, space, and time—like the “courier” the poet has invented to talk about an occasion—are all “make-believe.”

By sanitizing the relationship of language to things in this way, Szymborska makes the point that all efforts to get at and to pin down identity (essence) or history (existence in time) are projections from particular (and human) points of view: They are just as ridiculous as our efforts to communicate through mere words a true sense of self or of reality. The poem is self-reflexive and ironic in deprecating itself as well as the activity of writers more generally, but, at the same time, it manages to say something important about the ineffability of identity and about the touching human need forcommunication, achieving itself in a detached and dryly humorous sort of way. 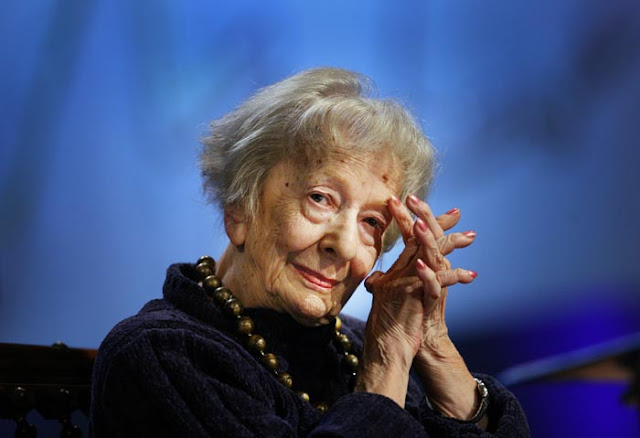